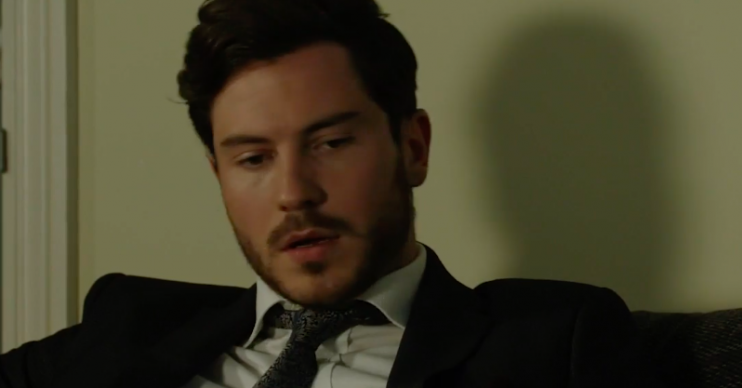 Is he committed to changing his ways?

Fans of the BBC soap have watched in helpless horror as he’s launched numerous vicious attacks on his wife – even punching her in the stomach moments before a pregnancy test confirmed she was expecting.

After a nurse noticed Chantelle’s suspicious bruises and handed her the phone number for a domestic abuse helpline, Chantelle threatened to leave Gray – but he promised her he would change his disgusting ways.

The father-of-two told his wife he would attend therapy in a bid to conquer his demons.

On his return, Chantelle carefully asked him what it had been like, to which he replied: “I don’t want to talk about it.”

“I am never going to lay an angry finger on you again, I promise.”

But those watching from home didn’t trust his words, and are adamant he’s not telling the truth.

One wrote: “I don’t believe he went. He won’t change. He will get worse.”

Another said: “Gray, I don’t believe you.”

I don’t believe he went. He won’t change. He will get worse.

Gray may not lay a finger on Chantelle as he says. Physical abuse is not the only form of abuse. He no more went to counselling I did. He continues to seriously grate on my nerves #EastEnders

Gray with his lies again 🤬🤬 #EastEnders

On the EastEnders spoilers news and gossip Facebook page, one suspicious fan said: “A leopard never changes his spots. He’s a liar.”

Plenty of EastEnders fans fear for Chantelle and her unborn baby, with many predicting one of Gray’s physical attacks will result in Chantelle losing her little one.

Some even fear the worst, and predict Gray will murder Chantelle. Or will Chantelle’s mum Karen Taylor kill him first?

Do you believe Gray can change? Leave us a comment on our Facebook page @EntertainmentDailyFix and let us know what you think!