In last night's episode (August 29 2019) Ash made her first appearance on Albert Square.

The young doctor first showed up in The Vic for a drink before she went over to the Ahmeds' house. 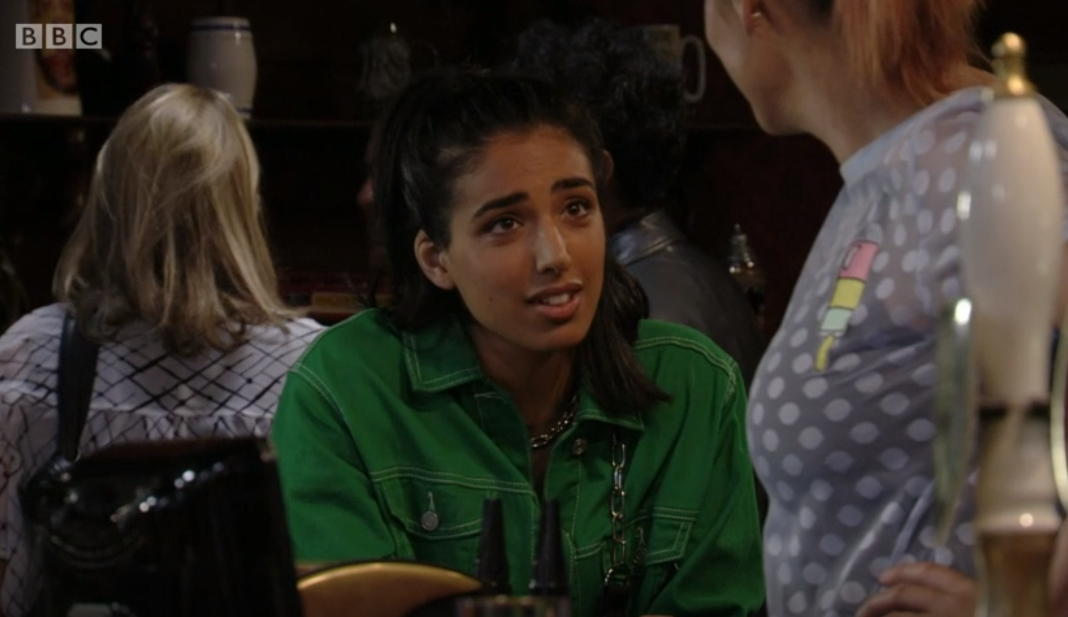 Ash first showed up in The Vic (Credit: BBC iPlayer)

When she arrived at the house, Iqra introduced her to Mariam and Arshad.

They quickly took a liking to Ash and as Arshad said it was always nice to meet Iqra's friends, the restaurant manager told her grandparents that Ash was more than a friend. 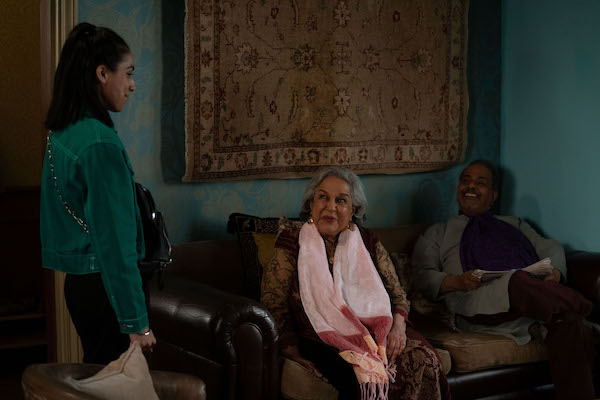 Iqra was surprised when her grandparents seemed to approve of her relationship with Ash.

Though, it soon became clear Mariam wasn't as okay as she was making out.

Although Ash has only been on-screen for one episode, viewers appear to love her already and are shipping their new favourite couple.

Iqra: "Have you been drinking?"

Ash: "Course I have, if you think I'm outing my girlfriend and meeting her grandparents sober, you've got another thing coming babe" #EastEnders pic.twitter.com/cn9AWjA678

Oooooh Ash is so cute 😍 #EastEnders

Mate Ash is cute. She and Iqra are cute. #EastEnders

A couple of weeks ago, Mariam and Arshad's foster son Adam spotted that Iqra had a message on her phone from someone called Ash.

As Iqra has told Adam to stay away from her sister Habiba, who he had been having an affair with at the time, he picked up her phone and saw the text saying, "Last night was amazing", with a love heart. 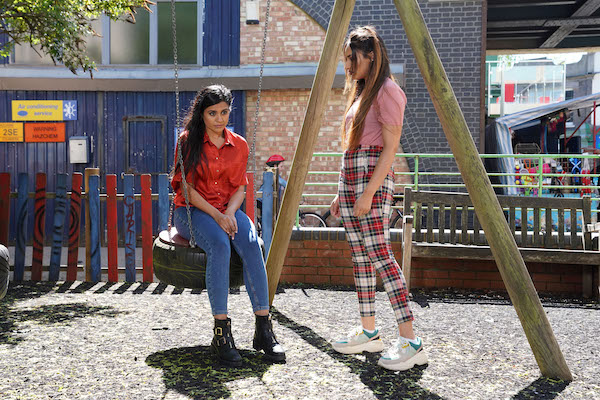 Iqra told her sister she had been seeing a girl (Credit; BBC)

Then, during Eid, tensions began to rise after Habiba broke things off with Adam and, in order to stop the truth coming out, Iqra admitted she had been seeing someone.

But whilst she was alone with Habiba she admitted she was actually in a relationship with a woman.