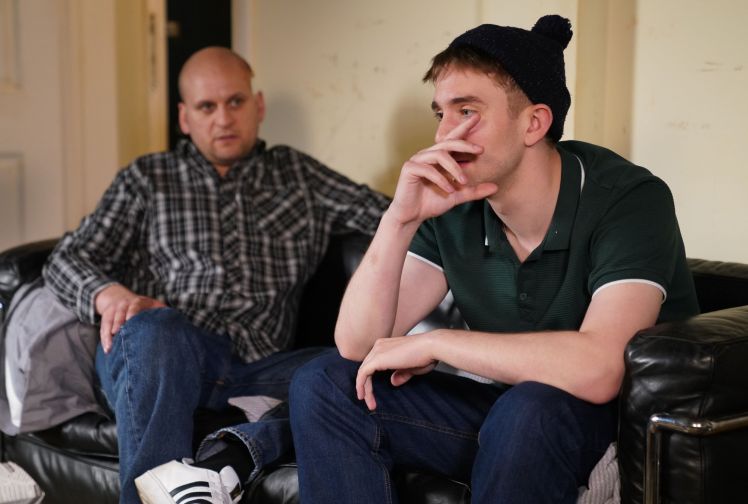 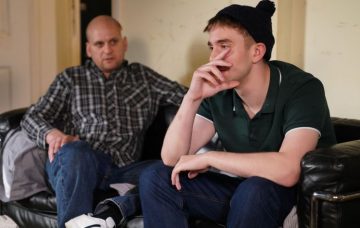 Stuart Highway is going to try to destroy his brother Halfway’s romance with Whitney Carter in EastEnders.

The villain has been shown to have an unhinged loathing of his former friend Mick Carter and his family.

Viewers have watched him become increasingly jealous of former soldier Halfway’s close relationship with the family.

And now he’s going to try and break his brother’s heart by destroying his romance with Whitney.

After being exposed as being behind Tina Carter’s torture ordeal, Stuart has begun to worry that his control over his younger brother is waning.

With Halfway being the only person willing to give Stuart the benefit of the doubt, Stuart uses this to his advantage for his sick scheme.

He sits Halfway down and tells him that Whitney doesn’t love him and invents a whopper of a lie.

As Whitney becomes increasingly worried about Stuart’s control over Halfway and the effect it is having on the mild mannered barman, she takes action.

She will meet up with Stuart to warn him off telling him that she has the measure of him and won’t be intimidated.

But the sick schemer is one step ahead of her and tells Halfway about the meeting but lies and says Whitney tried to kiss him.

A devastated Halfway struggles to cope in the wake of the news, but eventually begins to doubt his brother’s claims.

However when this happens Stuart is ready with another bombshell for Halfway and reveals that Mick and Whitney previously kissed, devastating him further.

Halfway is going to be left wondering what else Whitney isn’t telling him, and Whitney will be left fighting against Stuart for Halfway’s heart.

But as she’s busy trying to convince Halfway of Stuart’s evil actions, will she miss his sinister revenge plan for the Carter family?

Is Whitney’s relationship with Halfway doomed? Leave us a comment on our Facebook page @EntertainmentDailyFix and let us know what you think!