Actress Annette Badland is very keen to return to EastEnders as Aunt Babe.

The TV regular, 68, admits was 'heartbroken' by the decision to axe her Walford character in early 2017 - and would love to make a comeback to assist her on screen nephew played Danny Dyer.

Doctor Who and Cutting It favourite Annette told the Radio Times she was devastated when show boss Sean O’Connor was brought in and didn’t appear to have any plans for Babe’s future.

"I’d been brought in by Dominic Treadwell-Collins, who said it would be Dickensian and fun, but the new executive, Sean O’Connor, wasn’t as interested in Babe," she told the magazine.

Could Babe be heading back to Walford? (Credit: BBC)

She also explained that while the door had been left open for a possible Babe return one day, no guarantees were made the character would be revived.

Devoted Annette, who described the role as 'her life', pulled no punches in describing her disappointment - and labelled Babe’s exit as "ugly".

I’d been there about three years and it was my life. It was heartbreaking, really.

"Sean said it was 'au revoir' and not 'goodbye' but he didn’t want Babe in the pub or on the Square," Annette recalled.

"I’d been there about three years and it was my life. It was heartbreaking, really. They gave me such an ugly end." 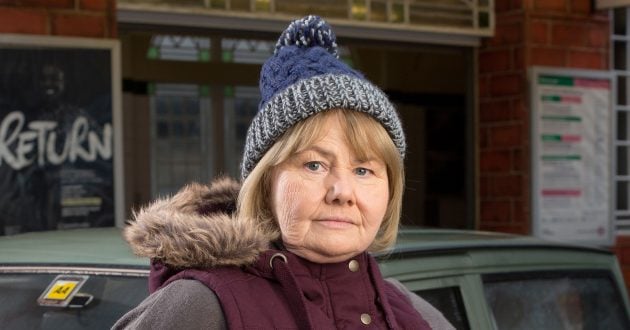 She left the Square abruptly in February 2017 (Credit: BBC)

However, the Birmingham-born thesp confirmed she would be more than happy to head back to the Vic, for the right plot.

She revealed her hopes that Mick Carter will one day need to call on Babe, giving scriptwriters the opportunity to bring her back in.

Would you like to see Babe back in soapland?

In The Vic with Mick (Credit: BBC)