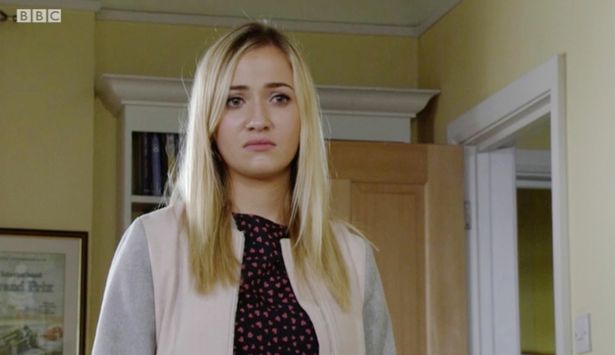 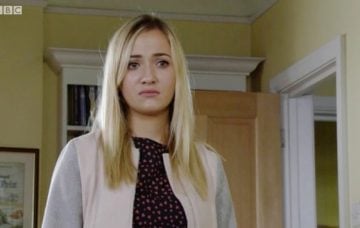 Tilly has played Louise since 2016

EastEnders actress Tilly Keeper has hinted that her character Louise Mitchell will turn evil when Keanu’s affair with her stepmum Sharon is revealed.

Next week Louise’s dad, Phil Mitchell, will be left fighting for his life when a mystery person attacks him in the Arches and some big secrets are set to be revealed.

Speaking to The Sun Online, the 21 year old actress said: “It would be so interesting to see Louise go full psycho.

“When I was introduced into the show Louise did have a villainous streak to her so it would be lovely to explore that again.

“And the golden rule is you never cross a Mitchell so we’ll see.”

Viewers have already seen a darker side to Louise when she blackmailed Abi Branning.

Louise learnt that Abi, who was with her brother Ben, had faked a pregnancy and miscarriage. When Abi tried to get Louise to stop using Phil’s credit card, Louise threatened to expose her.

It was also recently revealed that Lucy Benjamin will be returning as Louise’s mum Lisa Fowler.

Tilly says she can’t wait for Lucy to return.

The actress admitted: “I’m so excited. I loved working with Lucy Benjamin when she came back to the show a few years ago and we had that storyline together.

“So I cannot wait to have her back. I can’t wait to see what Louise and Lisa get up to.”

Before Louise got together with her now fiancé Keanu, he had an affair with her stepmum Sharon.

Sharon ended the affair with the mechanic and the same day Louise and Keanu’s brother Keegan broke up. Both heartbroken, Louise and Keanu ended up sleeping together in the Arches.

Louise recently discovered she was pregnant, but also found out her dad was paying Keanu to be with her.

However, Keanu and Louise soon made up, just as Sharon discovered she was pregnant.

Sharon was forced to tell Phil about her pregnancy after he saw an abortuion clinic page open on the laptop and thought Louise was having second thoughts.