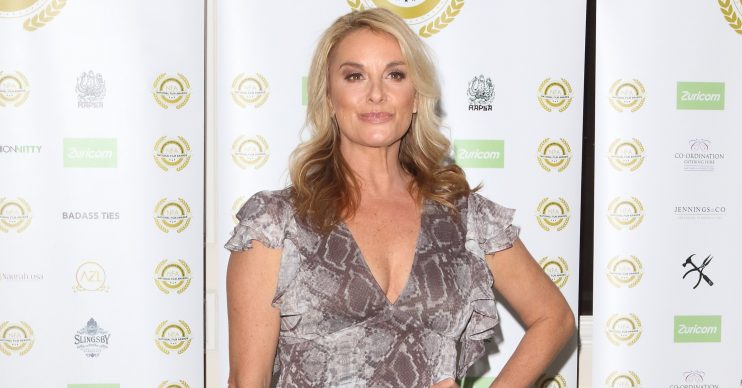 It follows her ex's wedding at the weekend

Soap star Tamzin Outhwaite has offered a window into her family life with a sweet photo of her daughters and boyfriend Tom Child.

The EastEnders actress, 48, posted a pic of her family on social media and told followers it feels “so good” to be reunited with them.

Read more: Tamzin Outhwaite and her daughter left in tears after being refused entry to India

The photo shows Tom standing with six-year-old Marnie draped across his back, while Tamzin’s eldest, 10-year-old Florence, lies curled up on a couch browsing her phone.

She captioned the snap, posted to her Instagram Stories: “I know #1 is on her phone, but… #reunitedanditfeels so good.”

Tamzin shares her daughters with actor ex husband Tom Ellis, 40, who remarried at the weekend after finding love with screenwriter Meaghan Oppenheimer, 33. They tied the knot in a lakeside ceremony, having dated for the last four years.

Breaking her silence following her ex’s wedding with an Instagram post but insisting there was ‘nothing cryptic’ about it, Tamzin shared a quote from Yves Saint-Laurent that read: “The most beautiful clothes that can dress a woman are the arms of the man she loves.”

Tamzin has previously been accused of posting messages alluding to their lost love, but she vehemently denies posts on her Instagram are cryptically related to them, as she often shares motivational quotes for her 225k followers.

In May, she gushed over new man Tom Child and told her fans she feels like a “very lucky girl” to have found him.

She wrote alongside a pic of the two of them: “Today, and most days to be honest, I feel like a very lucky girl.

“I mean look at you! Thank you @tc_childie for reminding me to breathe, for making me laugh outrageously, and for being the most brilliant wing man. You rock. #nomakeup #nofilter #nomessage.”