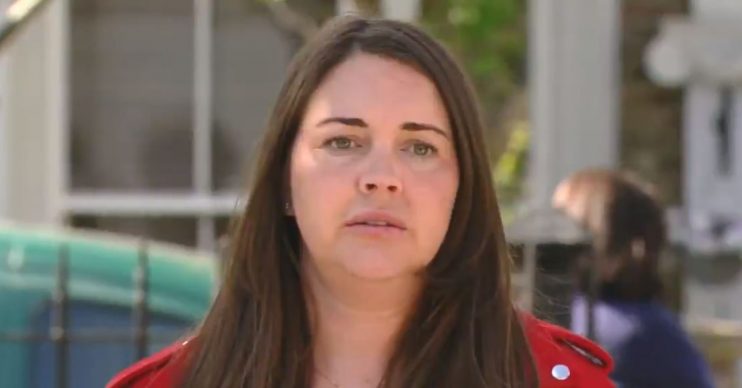 She will be back earlier than anyone expected

Stacey Slater will make a shock return to EastEnders in November, it has been reported.

But instead of taking months off, The Daily Star Sunday reports that she decided to make a return to work after a month for an explosive brief on-screen return.

On screen Stacey is on the run after leaving Phil Mitchell for dead after finding him attacking her husband Martin. She fled after Ben caught her red-handed and covered up the crime to frame Keanu Taylor.

A source told the publication: “Producers decided it was the right time for Stacey to come back.

“They didn’t know if Lacey would want to reprise her role and return so soon after having a baby but she jumped at the chance.

“It’s going to be part of one of the show’s big autumn storylines.”

According to the newspaper the comeback scene will see Stacey reestablished in the show before her full-time comeback in a few months.

An insider added: “Kate is determined to make EastEnders unmissable TV once again.

“There’s a lot happening this autumn that will keep viewers hooked.

“Getting Lacey back is great news and it doesn’t end there because there are more surprises in store.”

Lacey’s return will provide a welcome distraction to her after yesterday revealing the heartbreaking loss of her dog.

She said in an emotional message: “My handsome boy!!

“I cannot believe I’m writing this, I am heartbroken but so grateful that I got the pleasure of loving you for 11 whole years, you really were the bestest friend a girl could’ve asked for!”

Adding a picture of Dexter next to her daughter Dusty, she added: “The most loyal and kindest dog I ever knew, a gentle giant, a true gentleman, the best fur brother even if only for a short time.

“I will tell her how much you loved to lay next to her. My gorgeous boy I miss you so much already, your cuddles were like no other, if I could hold you forever I would!

“My little family won’t be the same without you.”

What do you think brings Stacey back early? Leave us a comment on our Facebook page @EntertainmentDailyFix and let us know what you think!