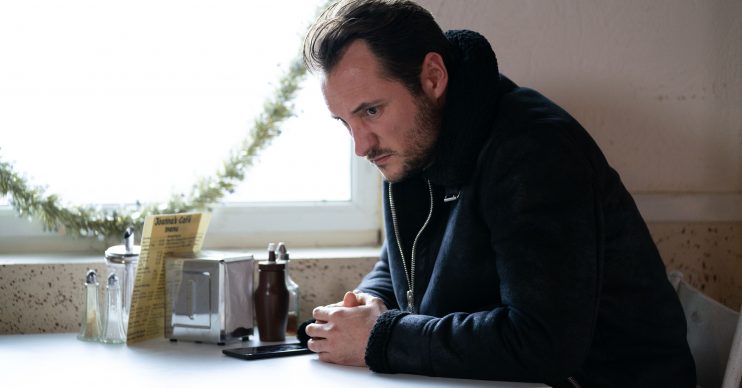 Martin Fowler is pushed to the brink of despair this Christmas in EastEnders, and makes plans to flee Walford for good.

The market trader turned reluctant loan shark has had his life turned upside down this year – mainly thanks to the Mitchell family.

And things are about to get even worse for the father-of-two in scenes that some viewers might find upsetting.

This year, Martin and Stacey were forced to leave Walford after she was responsible for nearly killing Phil Mitchell.

Ben used the situation to his advantage and, when Martin returned to be by daughter Bex’s side during her battle with depression, Ben blackmailed Martin into doing his dirty work.

Rock bottom and with nothing to lose now his marriage appears to be over, Martin even slept with his estranged wife’s best friend in scenes that horrified viewers.

Over Christmas, Martin’s fortunes worsen when he and Tubbs successfully complete a job, but disaster strikes on the way home – and Martin is put in a very difficult predicament.

Filled with panic, Martin meets Tubbs who urges him to get rid of the van and keep quiet.

After failing to get help from Ben, Martin confides in Sonia, leaving her speechless.

The next day, Christmas Day, Martin gets caught by Sonia trying to flee and is livid with him for his selfishness.

His plans are halted in their tracks when they’re interrupted by Dot who calls everyone in to open presents.

Later, Dot gets an alarming message from her bank informing her that someone has tried to withdraw thousands from her bank account.

Dotty instantly points the finger at Martin but, as he arrives home, he has bigger concerns…

Do you think Martin can still be redeemed? Leave us a comment on our Facebook page @EntertainmentDailyFix and let us know what you think!