Lisa Fowler is going to learn that Sharon Mitchell's baby is actually Keanu's in EastEnders.

Mel's best mate has been convinced pregnant Sharon murdered Mel to keep the secret that Phil isn't the father of her baby.

So far Lisa hasn't been able to work out who the other father of the baby is - but now that's all set to change.

In the coming weeks Lisa will find out her own daughter's husband to be is the father. 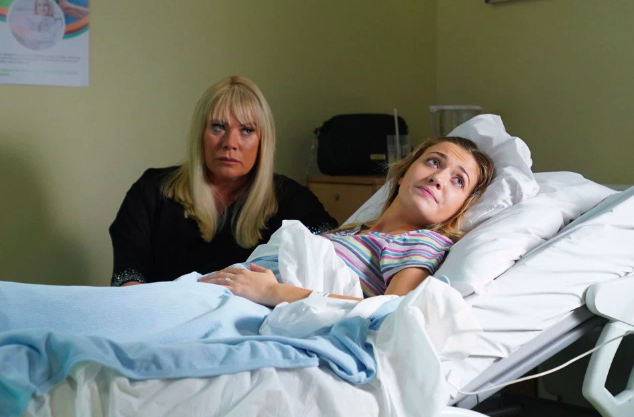 Will Louise be safe? (Credit: BBC)

And more than that she will threaten to tell Phil in order to keep Louise safe and get revenge on Sharon who she blames for Mel walking into a speeding truck.

Determined to tell Louise everything, Lisa makes a show of herself forcing Sharon to act.

But when Louise goes into labour and begs to see her mum, Sharon is stuck with an impossible decision.

Lisa arrives ready to expose her secret and destroy the Mitchell family forever but the birth of her granddaughter momentarily stops her. 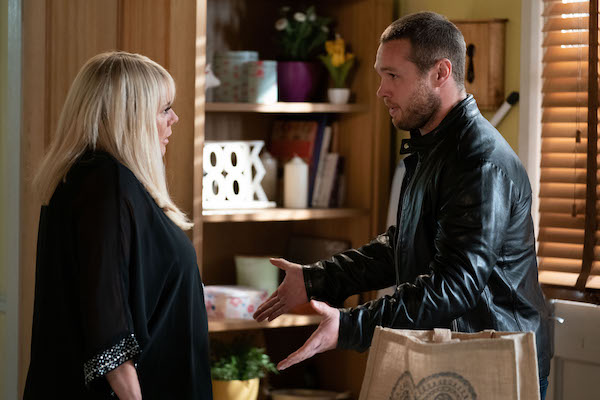 Sharon is desperate to keep her secret (Credit: BBC)

When Keanu introduces her to baby Peggy Lisa's overcome with emotion.

She will take a minute to reflect on her plan and by the time she re-enters the room, decision make, tragedy threatens to strike.

Doctors rush in as Peggy's stopped breathing leaving the family horrified and praying the little girl pulls through.

But what will Lisa do as the baby's condition stabilises? Will she tell the secret or keep quiet?

Christmas spoilers have revealed Phil will seek revenge once he discovers the truth about Sharon's baby.

The official synopsis reads: "Secrets and lies are set to explode in Walford this Christmas, leaving more than one family left torn apart forever.

"Sharon and Keanu have been harbouring their secret for months but they should know that secrets never stay secret in Albert Square. As their lies begin to unravel it’s only a matter of time until Phil finds out the truth and when he does, there will only be one thing on his mind… revenge."

How do you think Phil will react? Leave us a comment on our Facebook page @EntertainmentDailyFix and let us know what you think!