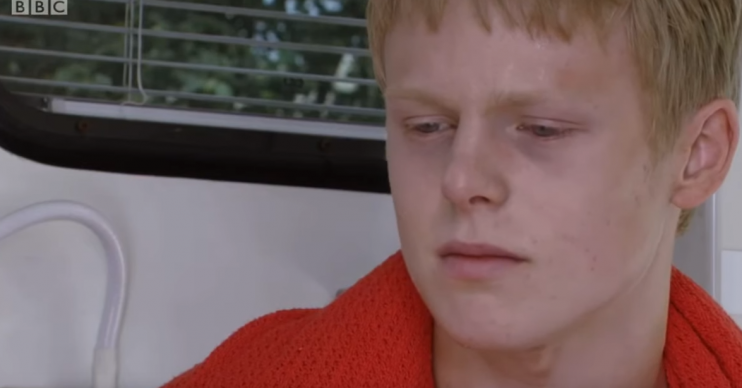 He's left fighting for his life

It’s a big week in EastEnders next week as the show celebrates its 35th anniversary.

And it’s not a good one for Bobby Beale as he’s left fighting for his life after an horrific attack.

After the big fall out with Bobby last week, Ian contemplates reaching out to his son after Kathy and Sharon encourage him to make amends.

Meanwhile, Bobby has other things on his mind and discusses the online bullying with Iqra and Habiba. But when they’re harassed by a gang who recognise Bobby and racially insults them, Bobby tries to defend himself and his friends.

The situation quickly spirals out of control and Bobby is beaten up, leaving him fighting for his life.

As the news reaches Ian and Kathy, they are devastated to discover Bobby needs emergency surgery.

Meanwhile Bex spots the commotion with Bobby and is left shaken by what she’s seen.

At The Vic she tells Dotty what happened and is shocked when Dotty admits she’s discovered who the culprit is behind Bobby’s bullying.

As the information plays on Bex’s mind, she struggles with the guilt and is soon sending a text to Ian revealing who’s behind Bobby’s harassment.

At the hospital, Kathy tries to comfort Ian but when he sees the text from Bex he sees red.

Meanwhile, Kathy receives an odd call from Ben and begs Peter to come to the hospital to be with Bobby.

Ian soon arrives at the boat party looking for the one responsible for harassing Bobby. But how far is he willing to go to protect his son?

Later on, Denise spots a furious Ian who reveals what’s happened to Bobby, but their conversation soon comes to an end when disaster strikes…

Who is Ian after, and will Bobby survive surgery?

Will you be watching the soap’s 35th anniversary? Leave us a comment on our Facebook page @EntertainmentDailyFix and let us know what you think of this story.