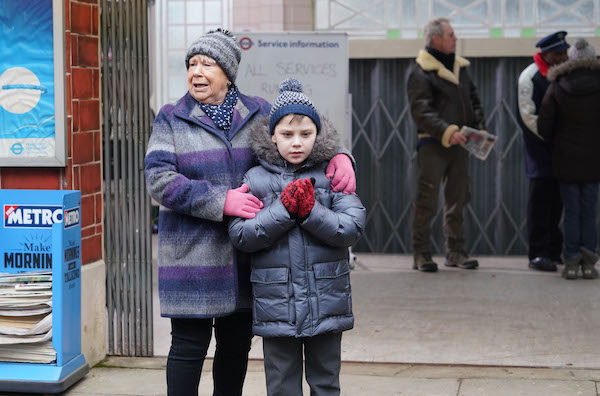 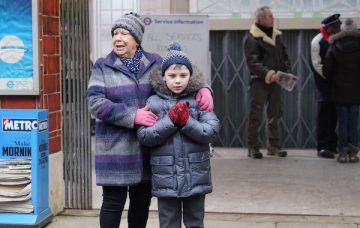 And Mo knows more than she's letting on...

There’s drama heading for the Slaters next week when little Tommy goes missing during one of Mo Harris’s money-making schemes – but will he be found before something awful happens?

With Kat Moon snowed under thanks to the fact she has four children to look after by herself, Mo is surprisingly helpful next week and offers to take Tommy to school.

EastEnders fans will know that Kat has been left holding the baby – quite literally – since Hayley went into hospital recently.

And with husband Alfie also doing a disappearing act, poor Kat has been left with Tommy and her twin boys Bert and Ernie to look after, as well as Hayley and Alfie’s new baby, Cherry.

But when Kat has her first round of Knowledge exams next week, Mo is uncharacteristically quick to offer to help with the childcare.

But of course there’s more to Mo’s sudden eagerness to help out than meets the eye, because she’s got a scheme up her sleeve that she’s hoping is going to make her some quick cash.

After getting Tommy to pretend that he’s not well, the pair stand outside the Walford tube station and try to get money out of unsuspecting strangers.

Meanwhile, Kat is back at home and has no idea that her eldest boy is in danger. She’s just passed her first round of exams and is celebrating with Stacey when suddenly Martin returns home with Tommy in tow.

Assuming that Tommy was at school, Kat is left confused until her son explains what Mo has been up to.

Back in the Square, Mo is panicking that she can’t find Tommy, and is terrified about having to go home and tell Kat that her son has gone missing.

When a flustered Mo eventually comes home, Kat and Stacey decide to teach her a lesson and pretend they haven’t see Tommy… but how long before Mo realises that they’re playing games with her?

Later in the week Kat refers to Cherry as one of her own children, and Mo starts to worry that she is getting too attached to a baby that doesn’t belong to her.

Thinking that Mo might actually have a point for once, Kat decides that looking after so many children is too much and goes to visit Hayley to see if she can persuade her to come home.

But is Hayley well enough yet to look after her daughter? Or is Kat going to have to struggle on for a bit longer on her own?

Where do you think Alfie has gone? Leave us a comment on our Facebook page @EntertainmentDailyFix and let us know what you think!