Rainie Branning will return to Walford in EastEnders next week - but be discovered by Jack.

The former crack addict has stolen both Jack and her husband Max's savings and fled Albert Square with baby Abi after Max's behaviour pushed her to breaking point. 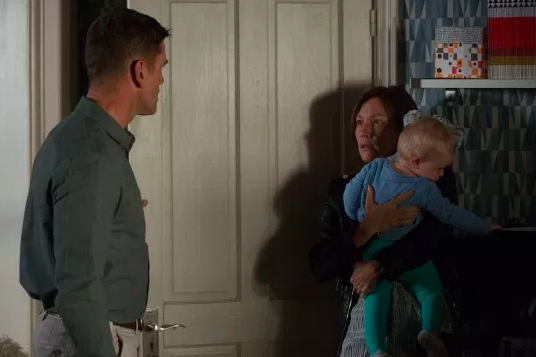 Wanting to give her great niece a decent life she realised she had to get away from Max's scheming ways.

However next week she will be forced to return to Walford to retrieve something she has forgotten.

Slipping into the house, Rainie thinks it will be easy for her to get in and out again unseen.

She waits until the brothers are at work and eases herself in - but she's left horrified when Jack discovers her and confronts her in the kitchen.

The pair have a furious confrontation with hints that a desperate Rainie will do anything to escape.

And with Jack being recently attacked and stabbed, things aren't looking good for him. 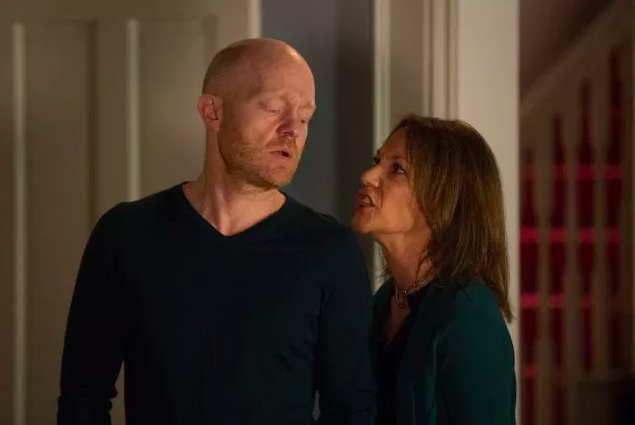 Rainie stole his life savings before kidnapping baby Abi and leaving the Square in a taxi (Credit: BBC)

Unfortunately things got even worse for Jack last week, when Rainie stole his life savings before kidnapping baby Abi and leaving the Square in a taxi.

We all need a Jack Branning to scare them.

When Jack returned home, Rainie and Mel were shocked to see the state he was in and the incident prompted her to flee.

Fed up with feeling like an outsider, Rainie seized the opportunity to start a new life away from Walford and take revenge on Max at the same time - using the £75,000 she had stolen from Jack to fund her getaway.

After emptying Jack's bank account, Rainie hurriedly packed some bags and headed out of the house with Abi before anyone could notice they were gone.

Fans were gripped by the double episode, with one tweeting: "What a good episode tonight was, what a man Jack is."

Another said: "We all need a Jack Branning to scare em #EastEnders."

A third added: "OOOOOOOOOOOOO Rainie he'll find you and he'll keeeeeeeeeelllllllllll you. (sic)"

But perhaps they were wrong and it is Rainie doing the killing? Leave us a comment on our Facebook page @EntertainmentDailyFix and let us know what you think!