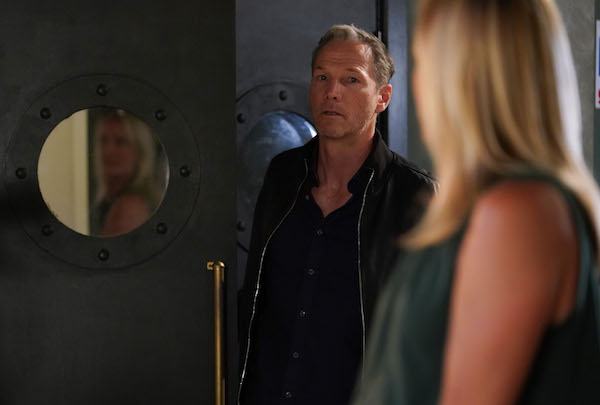 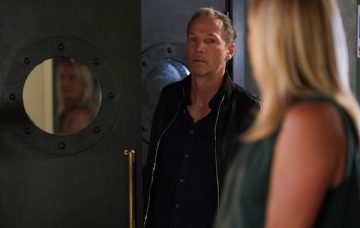 Mel Owen gets a surprise next week when her ex-husband Ray Kelly arrives in Albert Square. But why is he there?

Ray’s timing couldn’t be worse as Mel’s current love interest Jack Branning is planning on asking her to marry him.

Jack’s given the idea when his daughter Amy starts asking questions about when he’s going to marry Mel and – after a visit to his dead wife Ronnie Mitchell’s grave – he decides the time is right.

Jack has a chat with Mel’s teenage son Hunter and is pleasantly surprised by his reaction.

But Jack should really know better than to trust Hunter and the teen gets straight on the phone to his former step-dad.

Hunter also lets slip to his mum that Jack is planning to propose, ruining Jack’s surprise.

They’re soon back on track and Mel, realising what a good man Jack is, teases him about asking the question he’s been planning to ask her.

But as Jack waits nervously for Mel’s response Ray arrives leaving her gobsmacked.

It doesn’t take them long to realise that Hunter is behind Ray’s sudden arrival and Ray leaves the club but Mel’s panic about his arrival confuses Jack.

She covers by saying she’s concerned about Hunter’s feelings but is there more behind it? Could she have unfinished business with Ray?

When she gets home Hunter is still awake and she takes his phone off him before calling Ray herself. What does she want from him?

It was revealed earlier this summer that Ray would be coming to Walford.

But now Hunter Owen’s former step-dad will be brought to Walford just when everything is going well for her.