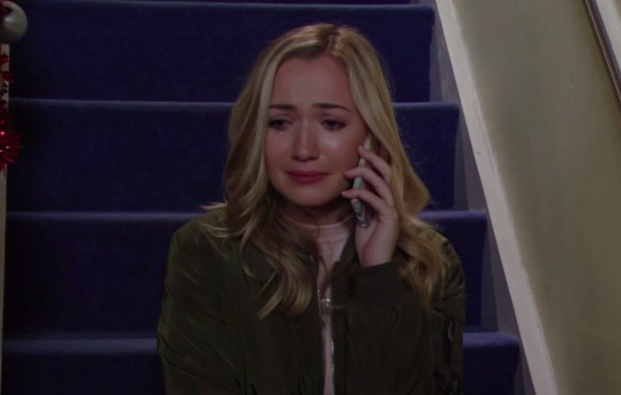 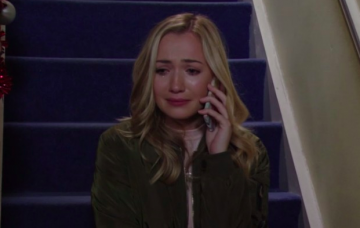 Will Louise join the family business and off Ray?

Louise Mitchell will be on the receiving end of Ray Kelly’s vicious temper in EastEnders soon.

The teen is going to be threatened by evil Ray next week after publicly humiliating him in the pub but could she retaliate and kill him?

Ray had flirted with Louise as part of his strange power games with women.

And last night his behaviour saw Louise make a move on multiple-married Ray but it all went sideways for Phil Mitchell’s only daughter.

Ray knocked Louise back and demanded she leave, but after he seemed thrilled by what he had manipulated her into doing.

The rejection will spur Louise into action and she will vow revenge.

Enjoying a New Year’s Eve night out with best friend Bex Fowler at the Queen Vic, Louise is going to get drunk and let her revenge plan out.

She will make a huge scene in front of both Ray and Keanu Taylor.

And she won’t hold back when she accuses Ray of coming on to her in front of all the punters including Ray’s stepson Hunter Owen.

It sparks more concerns in him about what’s going on between Ray and his mother Mel.

Cruel Hunter already suspects something isn’t right with their relationship after he caught his mum ranting about Ray.

Viewers know she has a huge revenge scheme in play and plans to ruin Ray at their wedding next week.

But she may not get the chance when Ray threatens Louise for her outburst in the pub.

He thinks he has done enough to keep her in line and to stop her from ruining his wedding day, but Louise is Phil Mitchell’s daughter.

As his wedding day gets closer, will Louise take Ray’s threat lying down or will she take him on herself and get caught up in Mel’s scheme?

Will Ray survive his own wedding? Spoiler pictures have confirmed a shock death, but the identity of the victim has yet to be revealed.

Who do you think will die next week? Leave us a comment on our Facebook page @EntertainmentDailyFix and let us know what you think!