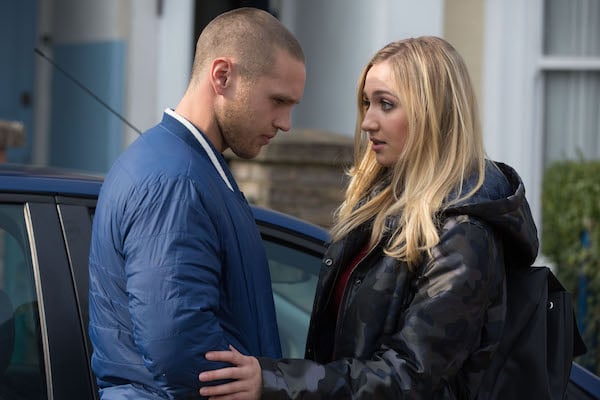 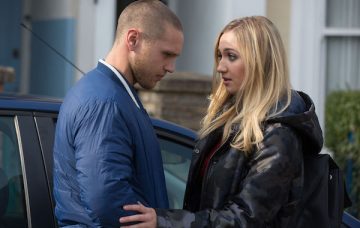 EastEnders SPOILER: Louise and Keanu ON?

What will Keegan make of it?

Next week Keanu Taylor braces himself for a difficult driving lesson with Louise Mitchell, but it looks like it’s going to pull them closer together.

Viewers know Keanu began an affair with Louise’s step-mum Sharon Mitchell whilst her husband Phil was away.

However, the teen was left heartbroken when Phil returned and Sharon left for Australia.

At the Taylors’ Christmas party, Sharon left Keanu a voicemail ending their affair once and for all. Louise also found herself single after hearing boyfriend Keegan (who is also Keanu’s brother) on the phone to his drug dealer.

She tried to make him see he’s heading into danger but he snapped at her, causing Louise to storm out and declare their relationship over.

It appears Keanu may have a death wish because Louise soon found herself in his arms and the pair ended up sleeping together. Fans even have a theory that Louise could be pregnant with Keanu’s child.

The next day Keanu appeared to regret what happened between them telling Louise it was a mistake and whilst she put on a brave face it was clear she was hurt.

They’re forced together for a driving lesson next week and Keanu knows it’s going to be pretty uncomfortable given what happened between them at Christmas.

But he ploughs ahead anyway, and it’s not long before the pair find themselves getting closer again.

Could there be a relationship on the cards?

And if there is, what would Keegan make of his ex and his brother?

Not to mention how Sharon would react when she returns…

Do you think Keanu and Louise would make a good couple? Leave us a comment on our Facebook page @EntertainmentDailyFix and let us know what you think!

EastEnders is on Mondays and Fridays at 8pm and Tuesdays and Thursdays at 7.30pm on BBC One.