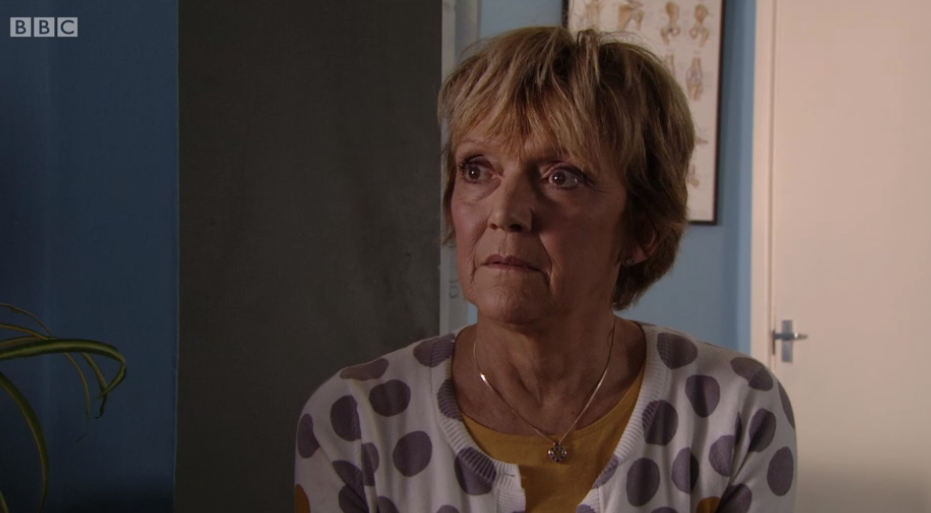 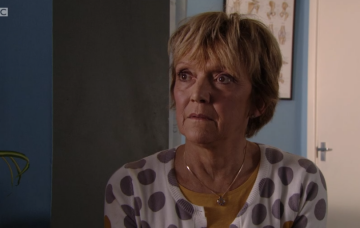 The pressure is all too much

Poor Jean Slater continues to struggle with her potential cancer diagnosis next week and when Kat and Stacey find out the truth about her upcoming appointments, the pressure of everyone knowing soon gets too much.

As Jean quizzes Sonia about how her mum Carol coped when she was diagnosed with cancer, she is given food for thought and heads home to thrown away all the unhealthy things to eat in the house.

But when Stacey catches her in the act, she knows something isn’t right with her mum and quizzes her.

Jean is put out when she realises a worried Stacey has made her a doctors appointment, and panics when Stacey announces she is going to come along to see the GP with her.

Eventually Jean manages to get Stacey to stay outside and sneakily ducks out of the appointment before the doctor has any chance of talking to her – but how much longer can Jean keep her health worries to herself?

Stacey confronts Jean about missing the appointment and Jean tries to brush her concerns off.

But it seems Stacey is already worried about her mum and tells Kat that she needs to step up looking after Cherry because Jean clearly isn’t coping.

However, the truth finally comes out later on when Kat is searching for something for Cherry in Jean’s room and comes across a letter from the hospital.

Realising it is something important, Kat reads is and is shocked when she discovers that Jean could have cancer.

Kat confronts Jean about why she is keeping something so huge a secret, and Jean is quick to demand that she keeps the news to herself. But why?

But this is a secret too huge to keep hidden and a worried Kat tells Stacey what is going on with Jean… leading to Stacey rushing over to the Vic to confront her mum.

But of course Shirley overhears the commotion and wants to know why Jean didn’t say anything during their heart-to-heart… causing Jean to get more stressed than ever.

As Stacey demands her mum goes to her next appointment, it all becomes too much for Jean and she makes a huge decision.

Heading home she packs a bag and heads to the station with no one seeing her. But where is she going?

The Slaters are shocked to find Jean missing and call the police the following day. Stacey is at her wits end worrying about her mum, causing Martin to step up and organise a search party for Jean.

But where has Jean gone? And will she be okay?

What do you think has happened to Jean? Leave us a comment on our Facebook page @EntertainmentDailyFix and let us know what you think!