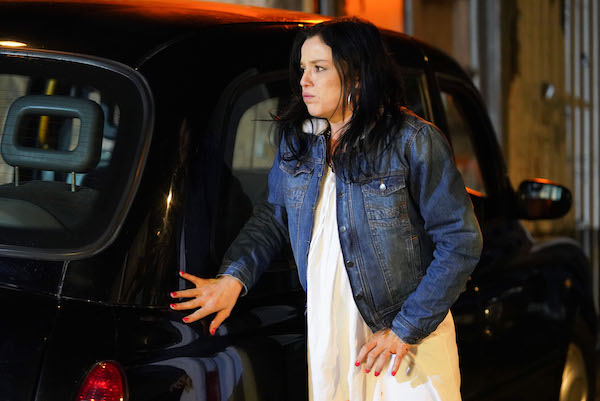 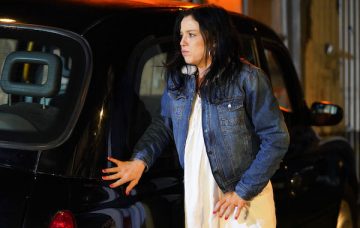 EastEnders SPOILER: Hayley fights for her life as she gives birth

She gives birth all by herself

Hayley Slater makes plans to get away from Walford next week as she becomes more and more worried about Kat finding out the truth about Alfie being her baby daddy.

Desperate to leave before her world falls down around her, she starts making enquiries about a space in a mother and baby unit.

But she’s left disappointed when she’s told that they can only take her in once she’s given birth.

Frustrated, Hayley heads off to speak to Mariam to see if she can pull any strings but she can’t.

As it turns out Hayley’s waters break later that day and she quickly jumps into the cab, ready to drive herself to hospital.

But – because this is Soapland – nothing is quite that straightforward and before long Hayley is in too much pain from her contractions to drive any further.

To make things even worse, the cab suddenly breaks down and Hayley is left alone to give birth.

Realising the baby is coming sooner rather than later, she hunkers down and gives birth alone, before losing consciousness.

Meanwhile at home Kat and Jean return and discover the evidence that Hayley has gone into labour.

They desperately try to track her down but Kat becomes convinced that she doesn’t want to be found.

Keanu soon arrives at the house and plays them a distressing voicemail Hayley left for him while she was in labour.

Kat and Keanu head out to find her and soon come across the abandoned cab – but where’s Hayley?

When they hear a baby cry, they follow the sound and eventually find Hayley.

But she’s out cold and is clearly in a bad way as they call for an ambulance.

Will Hayley and the baby both be ok? And will Jean call Alfie to tell him he’s a dad again – to his first daughter?

Will Hayley be ok? Leave us a comment on our Facebook page @EntertainmentDailyFix and let us know what you think!