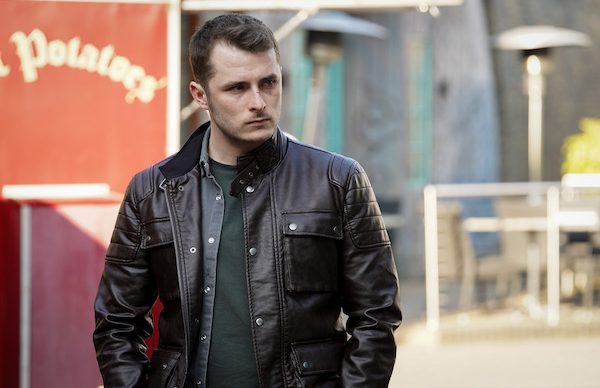 EastEnders SPOILER: Ben haunted by his past

He's not such a tough nut after all...

Just when we thought EastEnders‘ Ben Mitchell had forgotten his softer side, it turns out he does still have a heart in next week’s episodes.

Ever since he returned to Albert Square with a new face, Ben seems to have had something of a personality transplant.

He’s meaner, moodier and nastier than ever, and his plan to bring down dad Phil Mitchell seems to be all he thinks about.

But fear not, because next week we will see a glimmer of the Ben we all know and love when he’s reminded of his relationship with Paul Coker.

EastEnders fans will remember that Paul became the love of Ben’s life, but they were tragically torn apart when Paul was killed in a homophobic attack while they were on a night out together.

Ben was left heartbroken by his loss, especially because he and Paul were on the brink of starting a new life together.

Having made their relationship public, the pair were set to move into the funeral parlour flat after Pam and Les left Walford to start a new life away from the Square.

But sadly for Ben and Paul their future together was cut short… and Ben is reminded of his loss next week when Callum and Whitney have a housewarming party at their new flat.

After Callum landed a job with Jay Brown at the undertakers, he also managed to secure a new home for him and Whitney in the flat above the funeral parlour – the one where Les and Pam used to live with their grandson, Paul.

Ben arrives at the bash already half cut, and Callum panics, worried that drunk Ben is going to cause trouble.

But instead of lashing out, Ben leaves Callum surprised when he finds him sitting alone in Paul’s old bedroom, thinking about how life could have turned out so differently.

As Ben is haunted by his past, he starts to open up to Callum… could this be a turning point for the pair?

The next day, Ben thanks Callum for listening to him in his moment of need the previous night, but when Callum brings up the topic of Paul again, Ben snaps and they argue once again.

As a fight breaks out between them, it seems these two will never see eye-to-eye. Can they ever be friends?

Do you still miss the old Ben? Leave us a comment on our Facebook page @EntertainmentDailyFix and let us know what you think!