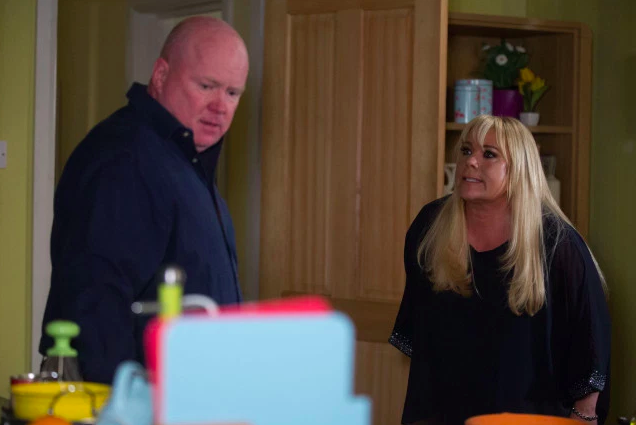 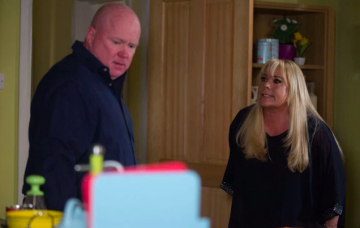 Sharon Mitchell is going to flee Walford to cope with last night’s sex humiliation in EastEnders.

The businesswoman was forced to apologise to a devastated Keanu after her husband Phil returned home unexpectedly and seduced her.

He seduced her while Keanu was hiding under the bed.

The mechanic sobbed as Sharon and Phil went at it just inches away from him with Sharon knowing exactly what was happening.

After Phil ended the romp to go and meet their family in the pub, Sharon held back a bit.

Read more: Alfie, Kat and Hayley’s secret past in Spain to be revealed in special broadcast

She emotionally told Keanu how sorry she was before joining her husband.

But all was not well with Sharon as she and Phil tried to reconnect she was deluged with texts and phone calls from Keanu desperate for her to tell her husband about him.

And when he arrived at the pub and confronted her while Phil was at the bar it was too much.

Next week she will have a furious row with Phil as he tries to make up for not being there for her recently, though he has no idea she has become a Mrs Robinson figure to the neighbour’s eldest.

Instead Sharon’s humiliation will see her crack and confide her troubles in Linda Carter.

But if she’s hoping for some understanding words she is very much mistaken as Linda gives her a harsh reality check.

And reeling from Linda’s words, Sharon makes a shocking decision.

Deciding to do a Phil and flee Walford, the Mitchell matriarch manages to put off making a decision between Phil and Keanu.

But how long can she keep up her double life and will Keanu spill the beans while she’s away, or will Phil discover what his wife has been up to while he was in Spain?

Who do you think Sharon should be with? Let us know what you think by leaving us a comment on our Facebook page @EntertainmentDailyFix!