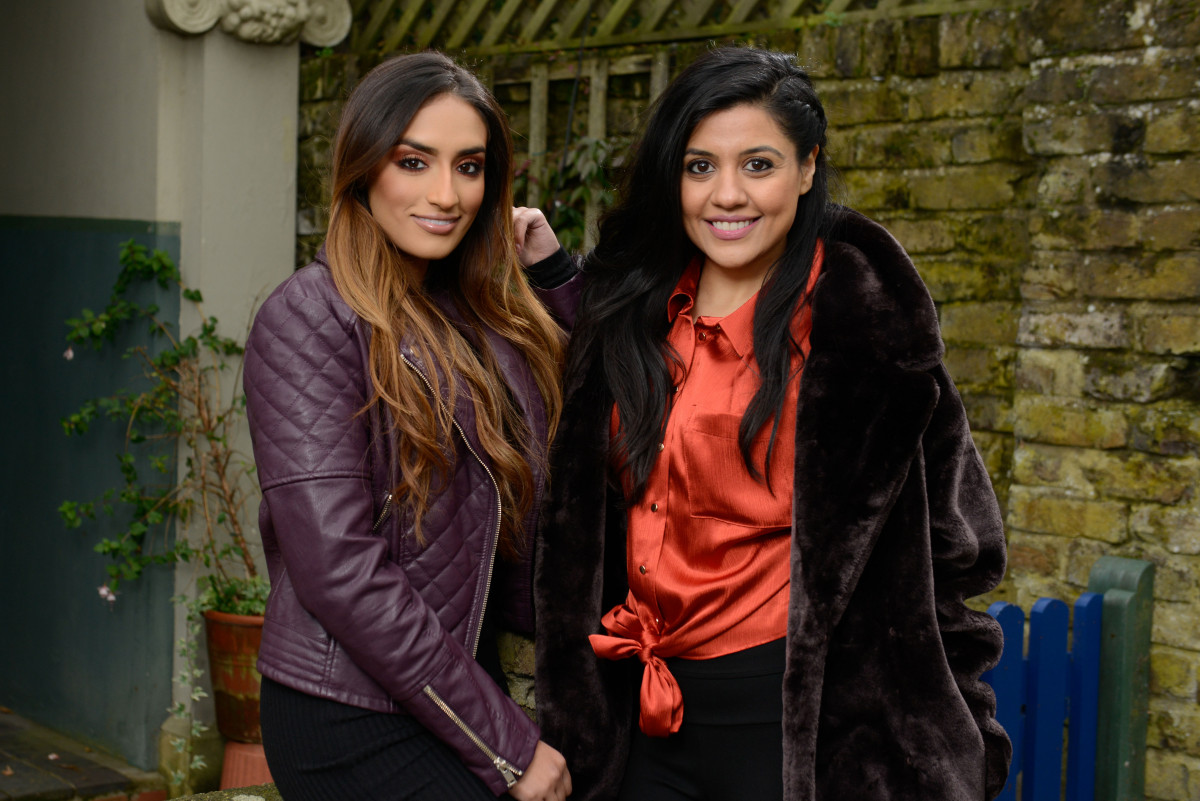 Watch out boys - there are four ladies heading to Walford!

There are some new faces heading to Albert Square next year, and any red-blooded male should watch out!

Senior executive producer Kate Oates has signed up at least four new young women to bring some mischief to EastEnders – and one of them is already known to viewers.

Earlier this week, ED! revealed that 26-year-old Danielle Harold will be reprising her role as single mum Lola Pearce in 2019.

The 26-year-old actress will return in the new year, three-and-a-half years after she departed Albert Square in July 2015.

She has said she “can’t wait” to walk back into Walford, with her six-year-old onscreen daughter Lexi.

Now we can reveal that Mariam and Arshad Ahmed’s glam granddaughters Iqra and Habiba are set to descend on Albert Square, too.

The sexy duo, we’re told, “will stop at nothing to get what they want”.

Ex-Hollyoaks actress Rukku Nahar, 22, and British Bollywood star Priya Davdra, 31, have been signed up to cause trouble as the Ahmed sisters.

The Ahmed family is expanding – meet sisters Iqra and Habiba! Speaking of their arrival, #EastEnders’ Senior Executive Producer Kate Oates said: “Residents of Walford beware, take on one of the sisters and you take on the pair”. Bring on 2019! pic.twitter.com/toiIjwfVsq

A spokesperson for EastEnders told us: “Born and bred in the East End, the girls are a force to be reckoned with and they stop at nothing to get what they want.

“Defiant, smart and confident, the sisters quickly make an impact on Walford.”

The eldest of the two, Iqra, is described as no-nonsense, bold and intelligent, while her sister is bubbly and wears her heart on her sleeve.

Although Habiba is full of the best intentions, trouble never seems to be too far behind…

As soon as they arrive in Walford, they are quick to spin their Uncle Masood a lie about why they’re there but, as the girls settle into life at number 41, it soon becomes clear their arrival may not be all as it seems.

On joining EastEnders, Priya said: “EastEnders was such a big part of my life growing up and I couldn’t be more excited to be joining the show.

“Walking on to the set for the first time was such an amazing experience. I can’t wait for viewers to meet the sisters and see how much drama they’re going to cause.”

Rukku, who starred as Asha Kaur in Hollyoaks, said: “I’m so excited to have joined EastEnders. It’s a show I’ve grown up watching and stepping onto Albert Square is just unreal!

“Habiba is great fun to play and I’m so happy to be working alongside Priya. Can’t wait for you all to see what we get up to on the Square.”

The sisters will arrive in Albert Square in early 2019.

Speaking of their arrival Kate Oates said: “The sisters are certainly going to be a force to be reckoned with. Their arrival will throw number 41 into chaos as they become a nightmare for Mariam and Arshad. Residents of Walford beware, take on one of the sisters and you take on the pair.”

Earlier this week, EastEnders confirmed that Chantelle Taylor will be joining her other family members in Albert Square.

The BBC soap tells us that when she arrives in Walford next year, she quickly makes an impact with her kind and bubbly nature.

Although, we’re warned not to be fooled by her easy-going girl-next-door demeanour…

Casting for Chantelle is yet to be announced.

Are you looking forward to meeting the new arrivals? Leave us a comment on our Facebook page @EntertainmentDailyFix and let us know what you think!