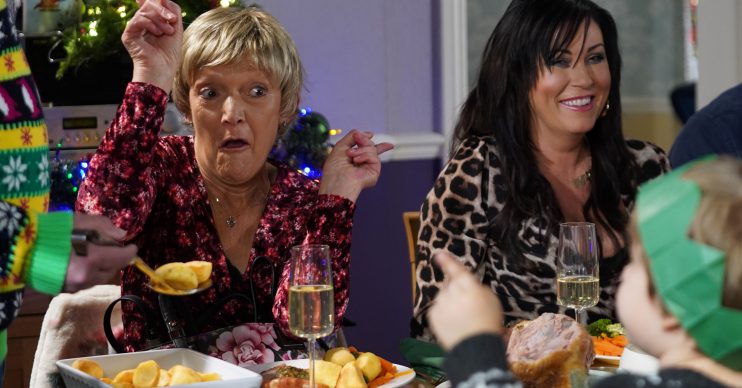 The soap surpassed expectations for 2019

BBC soap EastEnders has announced they enjoyed a record-breaking best year ever on BBC iPlayer in 2019.

New figures released by the channel reveal that across the whole of last year, iPlayer requests total 234 million, which is 10 percent up on 2018.

As new show bosses Kate Oates and Jon Sen got their teeth stuck into storylines, the soap enjoyed a huge boost.

The Christmas kidnapping and ‘murder’ of Keanu Taylor has now become EastEnders’ biggest ever episode on iPlayer with 2.14 million requests.

We are thrilled that EastEnders has had yet another extraordinary year on iPlayer.

That position was previously held by the 30th anniversary episode when Lucy Beale’s killer was revealed in a live epsiode, which was requested 2.05 million times.

With the 35th anniversary upon us in February, can we expect 2020 to be another record-breaking year for the soap?

The recent Christmas day episode also saw 687,000 live requests on iPlayer – the highest-ever for the programme.

Executive producer of EastEnders, Jon Sen said: “We are thrilled that EastEnders has had yet another extraordinary year on iPlayer.

“As EastEnders heads into its 35th year, we are planning some extremely exciting and unmissable moments so for our audience to be able to watch the show on iPlayer when and where they want means they don’t have to miss a minute of the drama.”

Dan McGolpin, Controller of Programming and iPlayer, added: “EastEnders is a fantastic iPlayer success story, and a great example of the way in which iPlayer is going from strength to strength.

“With a record-breaking year, the biggest episode ever, and a huge number of live requests for the Christmas day episode, EastEnders shows that iPlayer helps people to watch their favourite BBC shows how, when and where they want to.”

Read more: EastEnders fans livid with ‘vile’ Sonia as she steals from Dot

The upcoming 35th anniversary will see the action unfold on a boat trip on the Thames.

One character is set to lose their life as they plunge into the water, but who will it be?

It also looks like Keanu will be returning for the big episodes as actor Danny Walters has been spotted on the boat filming.

With the Mitchells at war, Mick and Linda Carter fighting to save their marriage in the face of her alcoholism, and several other storylines, including that of Whitney Dean and her stalker, taking centre stage, it’s set to be another drama-filled year.