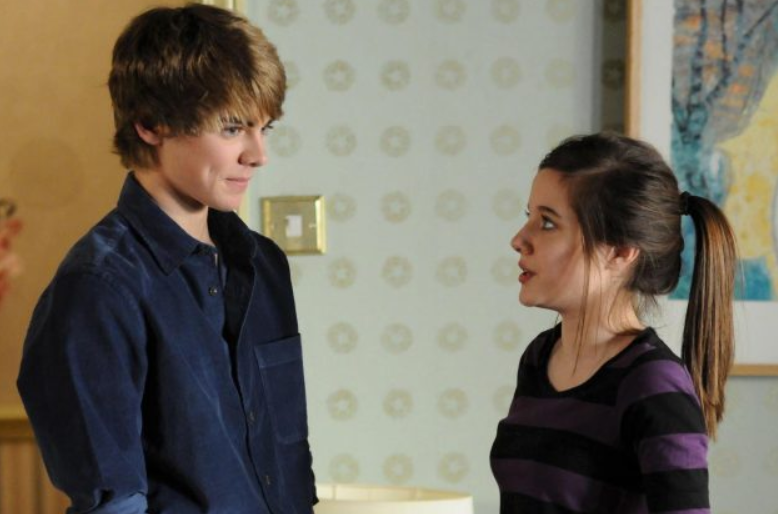 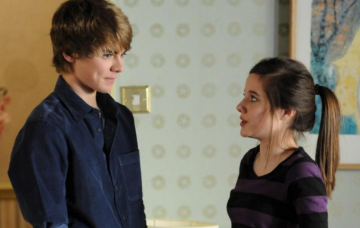 They look SO different...

EastEnders’ Lauren Branning and Peter Beale have reunited! But, soap fans, don’t get too excited – it wasn’t on-screen!

The former child actors were pictured at a wedding and they look very different to when we last saw them in the BBC soap eight years ago.

Madeline Duggan, 23, and Thomas Law, 25, posed for a photograph at the recent celebrations.

Alongside the photo, shared with Madeline’s 16,500 followers on Instagram, she wrote: “Peter and Lauren bump into each other at a wedding 8 years later.”

Is it just us, or do they make a handsome couple?

Fans agreed, with one writing: “Tbf you look good together.”

Another commented: “This is just the best thing everrr omg.”

A third said: “Both looking sharp.”

In fact, a quick peruse of her Instagram feed shows that it’s not the first time the pair have met up.

Last year the pair posed for another photo, this time in Los Angeles.

Madeline played the role of Lauren on the soap until Jacqueline Jossa took over in 2010.

Thomas also starred in the soap until 2010, when his character left Albert Square.

The character returned in 2013, with Ben Hardy playing the part.

#NewGold #Lynx – This was a lot of fun – #GetClean & #SmellGreat @lynx Filmed this clip towards the end of last year with a fun, great working team out in Warsaw Poland! #findyourmagic

Eagle-eyed soap fans may have noticed Thomas in the new Lynx advert, showing off his buff bod.

Is it time to see Peter back in Albert Square?

Which past EastEnders character would you most like to see return? Leave us a comment on our Facebook page @EntertainmentDailyFix and let us know what you think!