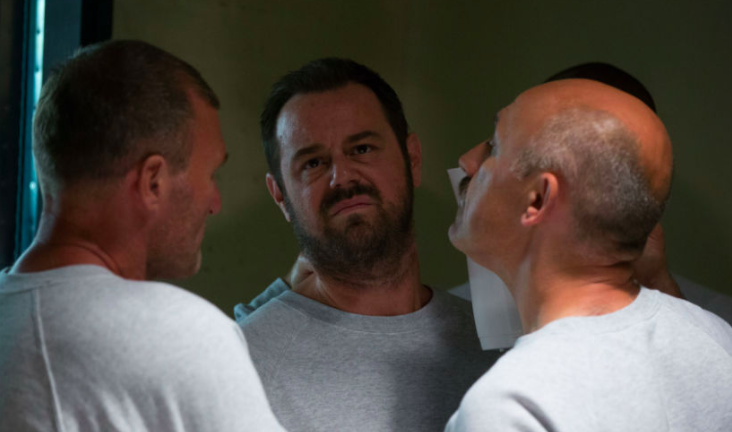 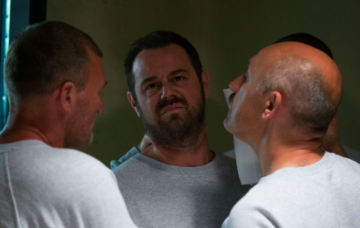 Poor Mick is about to confess something horrific

EastEnders fans are fearing Mick Carter is hiding a horrific experience from prison.

The pub landlord has been completely different since he was freed from jail after being falsely set up for shooting Stuart Highway.

Last week he lost his temper with a little girl and scared viewers with his raging response.

It has been reported Mick will break down to wife Linda next week over a secret trauma he experienced in prison, that has caused him to keep away from her.

Now fans think they know what has affected Mick so much and it’s darker than expected.

The shocking theory suggests Mick was brutally assaulted in prison.

One fan wrote on Digital Spy Forums: “We saw what Mick had to go through at the start of him being in prison, so we can kinda imagine that and some more.”

A second said: “It’s Mick so everything that could have happened to him in prison did happen to him.”

A third added that Mick might turn to Whitney to help him get over whatever happened.

They said: “If Mick did indeed struggle in prison with any physical assault made on him then Whitney would be the most understanding person to turn to as she has been through a lot herself in her young life.”

Read more: EastEnders’ Bernadette to be killed by Evie?

“I don’t think EE will go there though. There is only a tiny part of me that thinks it could be along those lines because they have mentioned him not wanting to be intimate.”

Whatever happened, Mick and Linda’s marriage is set for another major test as he reveals what has happened.

Do you think they can survive this problem in their marriage? Leave us a comment on our Facebook page @EntertainmentDailyFix and let us know what you think!