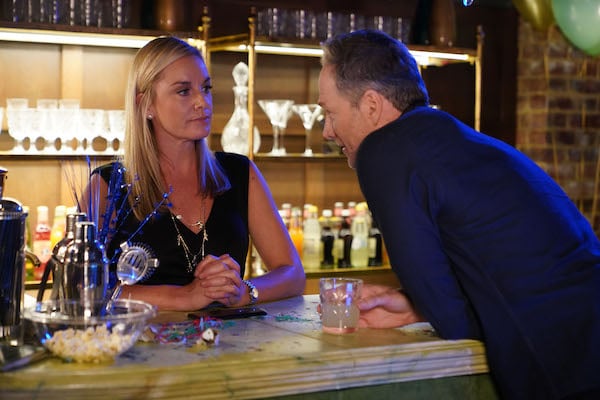 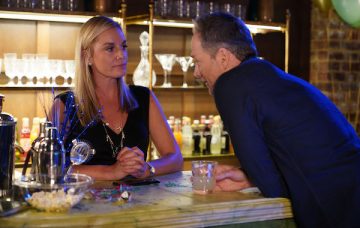 EastEnders SPOILER: Mel gets revenge on Ray on their wedding day?!

EastEnders residents needn’t bother getting Mel Owen and Ray Kelly an expensive wedding gift when they tie the knot later this year.

If they really want to do Ray a favour, he’ll be needing armour and a shield to defend himself from Mel’s wrath if new spoilers are anything to go by!

The on/off, will-they-won’t-they couple are set to tie the knot – again – over the Christmas period but things don’t go according to plan.

As Walford residents – including Phil Mitchell returned from his extended trip away and the Carters – gather to celebrate the union, it’s only a matter of time before Ray’s secrets come tumbling out.

Ray will arrive in a taxi with step-son Hunter, also his best man, with Mel supposedly following behind… Or is she?

Viewers know that Ray is already married to another woman after he was seen kissing her in hospital.

When Mel found out, she decided to propose to Ray rather than confront him – but would he really be prepared to commit bigamy by going through with the ceremony?

Or will Mel use the opportunity to publicly shame him for his deceit by jilting him at the altar – or is she planning a huge showdown in the style of Tracy Barlow in Corrie?

Kate Oates, exec producer on the BBC soap, has already revealed there will be a lot of drama in store for Mel as actress Tamzin Outhwaite gets the chance to “flex her muscles”.

Meanwhile, a source told Metro.co.uk: “Ray is a man with many secrets and certainly not someone to be crossed – but then again, he has certainly underestimated Mel if she thinks he can keep her in the dark over a secret like this.”

They went on to tease: “Mel is infuriated by Ray’s duplicity but has decided to play the long game. As she presses ahead with the wedding plans, she could find herself in a dangerous game of cat and mouse – it remains to be seen who is the hunter and who is the hunted.

“Either way, you can expect things to kick off down the line – might this marriage be even shorter lived than Mel’s nuptials with Ian Beale?”

Long-term fans of the BBC soap will know that Mel has already had one disastrous New Year wedding, when she tied the knot with Ian Beale on the millennium, only to dump him a few hours later.

What do you think Mel should do?  Leave us a comment on our Facebook page @EntertainmentDailyFix and let us know what you think!