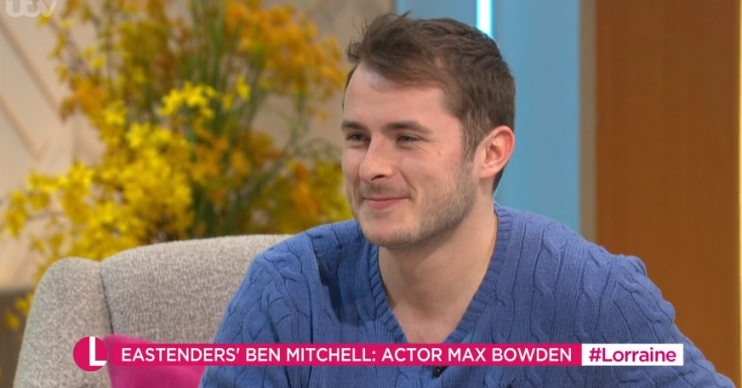 Max Bowden is up for Best Newcomer at the awards ceremony

Max Bowden, who plays Ben Mitchell in EastEnders, is taking his nan to the NTAs where he is up for Best Newcomer.

The actor, appeared on Lorraine today (January 17 2020) to talk about his soap character and host Lorraine Kelly congratulated Max on his nomination at the awards show.

Lorraine told him she loved that he was taking the most important woman and Max dubbed his nan his “world.”

Asking whether she had her outfit ready, Max laughed and said: “Yeah, she costs a fortune.”

As a picture popped up of her on screen, Max said: “There she is. There’s my nan. Yeah she keeps sending me new things that she wants, clutch bags. There’s no asking as well it’s just ‘I’m going to need’! No she’s great.”

There she is. There’s my nan.

In the Best Newcomer category Max is up against Hollyoaks‘ Imran Adams, who plays Mitchell Deveraux, Casualty’s Jack Nolan, who plays Will Noble, Jurell Carter, who plays Nate Robinson in Emmerdale and Peter Ash who plays Paul Foreman in Coronation Street.

Max joined EastEnders last year and was the sixth actor to take on the role of Ben.

Recently Ben set up Arches mechanic Keanu Taylor to be murdered, when he and his dad Phil found out Keanu had slept with Phil’s wife Sharon, resulting in her getting pregnant.

Ben hired Martin Fowler to kidnap and kill Keanu, who was engaged to Phil’s daughter Louise and the father of their child Peggy.

However Martin and Linda Carter helped Keanu flee Walford and made a video of Martin shooting Keanu, to make it look like he died.

Read More: EastEnders fans LIVID with ‘vile’ Sonia as she steals from Dot

Martin then showed Ben the video, leaving the Mitchells believing Keanu is dead.

Are the Mitchells in for a nasty surprise?