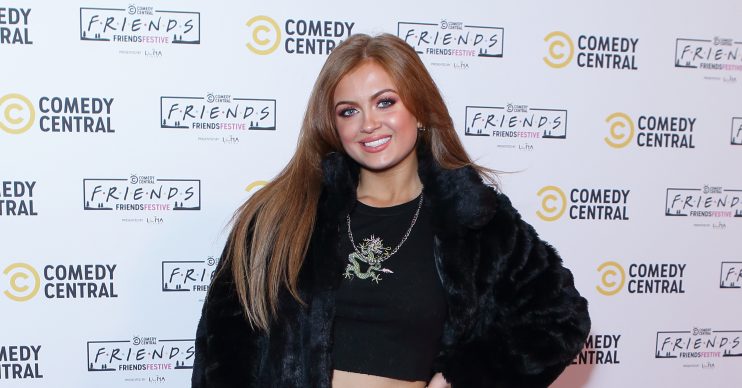 Maisie Smith, who plays Tiffany Butcher in EastEnders, has wished her lookalike mum a happy birthday with a series of glamorous pictures.

The actress posted the pictures of herself, her mum Julia, and sister Scarlett to her Instagram page.

Fans rushed to comment how alike all three women looked.

Another said: “Wow so much alike!”

Maisie has played Tiffany on EastEnders on and off for eleven years and has been acting since she was young.

Recently, her alter ego Tiff ran off to Scotland with fiancé Keegan Baker to get married.

When neither of their families took their engagement seriously, the pair moved in together at Tiffany’s uncle Jack’s house.

However, when the college student learnt their families only agreed for them to live together so she and Keegan would realise they couldn’t stand each other, the pair decided to elope.

They went up to Scotland with Keegan’s siblings Keanu and Bernie and planned to secretly marry.

But when Keanu’s fiancé, Louise, told Keegan’s mum, Karen, about the nuptials, she, along with Tiffany’s family rushed to stop the wedding.

But when they got there they realised just how much the teenagers loved each other and were happy to see them get married.

Tiffany and Keegan soon moved into Ted’s flat whilst he’s away.