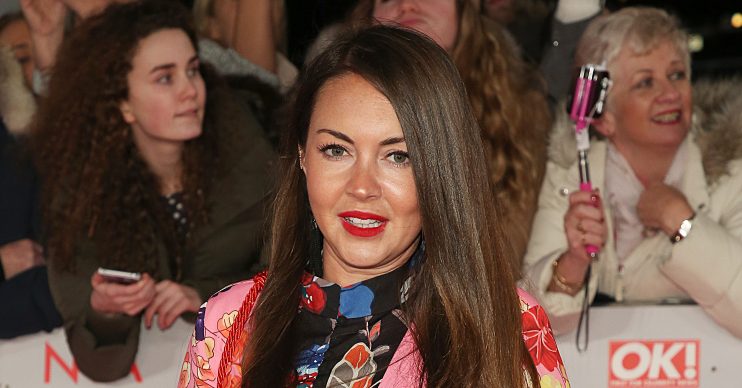 Lacey Turner, who plays Stacey Fowler in EastEnders, has dressed five-month-old daughter, Dusty, as a reindeer as she gets ready for the tot’s first Christmas.

Dusty was born in July and Lacey has been delighting fans with regular snaps of her little one on Instagram since then.

And the latest one is sure to melt hearts as she has given Dusty reindeer antlers and a red nose for the festive season!

Captioning the snap: “My little Christmas reindeer,” Lacey’s friends and fans were quick to comment.

The star also shared a picture of her decorated Christmas tree.

And co-stars including Patsy Palmer (Bianca Jackson) and Jessica Plummer (Chantelle Atkins) all said it was “the most beautiful tree”.

Lacey introduced her newborn daughter earlier this year in a photo shoot with OK! Magazine where she revealed her name was Dusty Violet Kay.

Lacey announced her pregnancy in February and revealed she had suffered two miscarriages before she eventually fell pregnant with Dusty.

The actress is currently on maternity leave from EastEnders, but stunned fans when she made a brief return last month.

As Stace was determined to return, Martin lied he didn’t love her anymore and he’d slept with Sonia.

After Ben told Martin things were over and gave Stacey the green light to come home, Martin tried to explain himself to the Slater family, but was devastated to learn Stacey had moved on with a new man.

Lacey has said she will return full-time at the end of her maternity leave and is expected to take a year off, meaning she’ll be back on screens next summer.