Kat Slater lashes out at Hayley Slater in the explosive Boxing Day episode of EastEnders.

The long-suffering member of the family saw her world come crashing down on Christmas Day when she learned that her estranged husband Alfie Moon is the father of her cousin Hayley’s baby.

Having had their secret exposed, Hayley then became overwhelmed as tensions reached breaking point, snapping and pushing Alfie down the stairs. 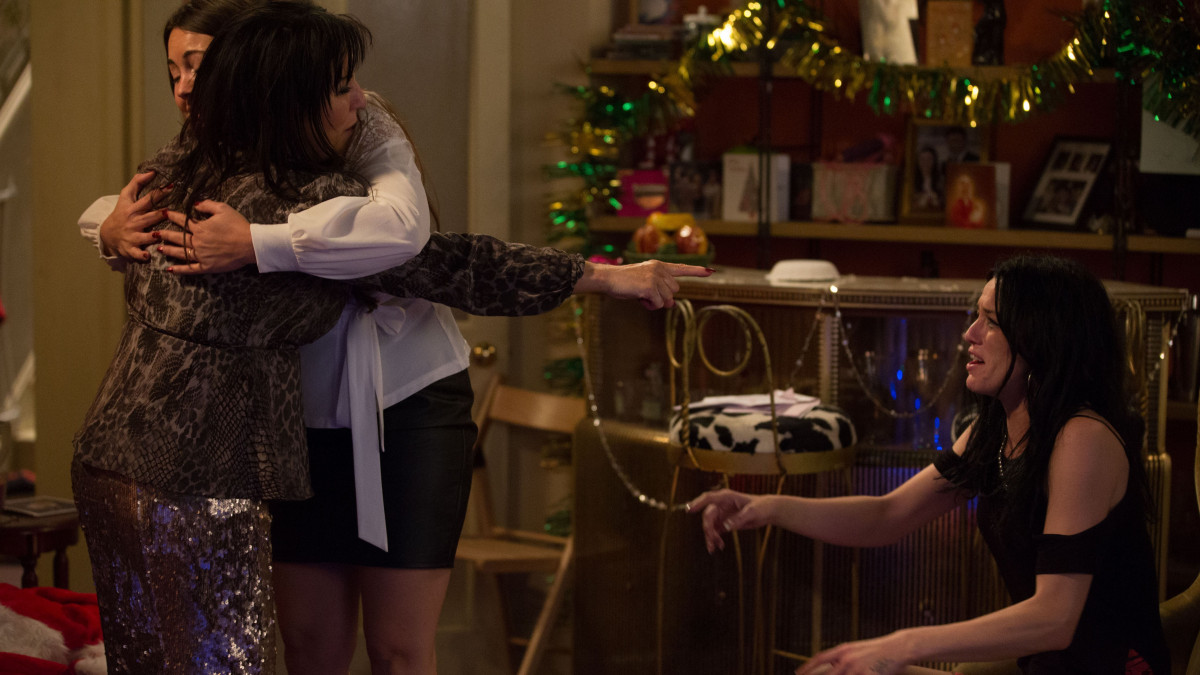 In scenes that will air in the follow-up episode, Kat tries to come to terms with everything that has happened but struggles to keep it together.

Worrying that Hayley has killed Alfie, she explodes and jumps on Hayley, putting her hands around her throat in a heated altercation.

Jessie Wallace, who plays Kat, previously said that her character will react in her typical fashion upon learning of the betrayal from Hayley, played by Katie Jarvis.

She said: "Obviously Kat is going to find out and she reacts in the way only Kat can react. She goes crazy.

"In the heat of the moment, Kat reacts as you’d expect. She’s so angry and upset, there’s this whole whirlwind of emotions that she’s going through and she just doesn’t care.

"There’s no vision, Kat’s just so angry and betrayed." 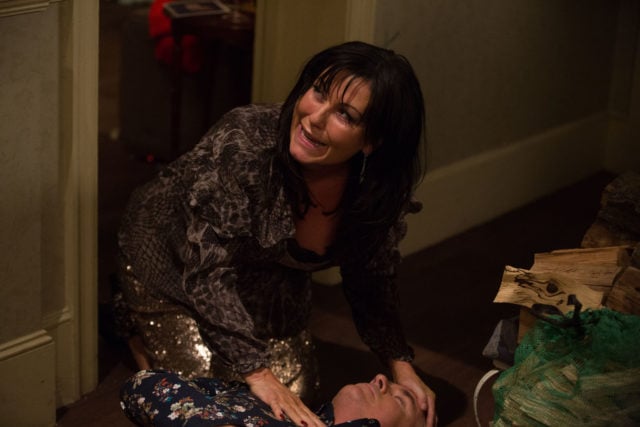 Kat and Alfie have been together for 17 years so yes, it’s been amazing.

Jessie said she looked forward to working with her long-time co-star Shane Richie, who plays Alfie, in the special festive episodes.

"I love him so, so much and when he wasn’t here I missed him like crazy.

"Kat and Alfie have been together for 17 years so yes, it’s been amazing."

EastEnders airs on Boxing Day at 8.30pm on BBC One.

Do you think Alfie is dead?