As Whitney Dean prepares to marry Callum Highway in EastEnders she has no idea he's hiding a huge secret: he's had a fling with Ben Mitchell.

Sonia is also hiding a secret: she's organised for Bianca to return for Whit's big day.

But things are all set to go very wrong for poor Whitney...

In first-look pictures of Whitney in her dress, she appears to be far more stressed than the usual bride. 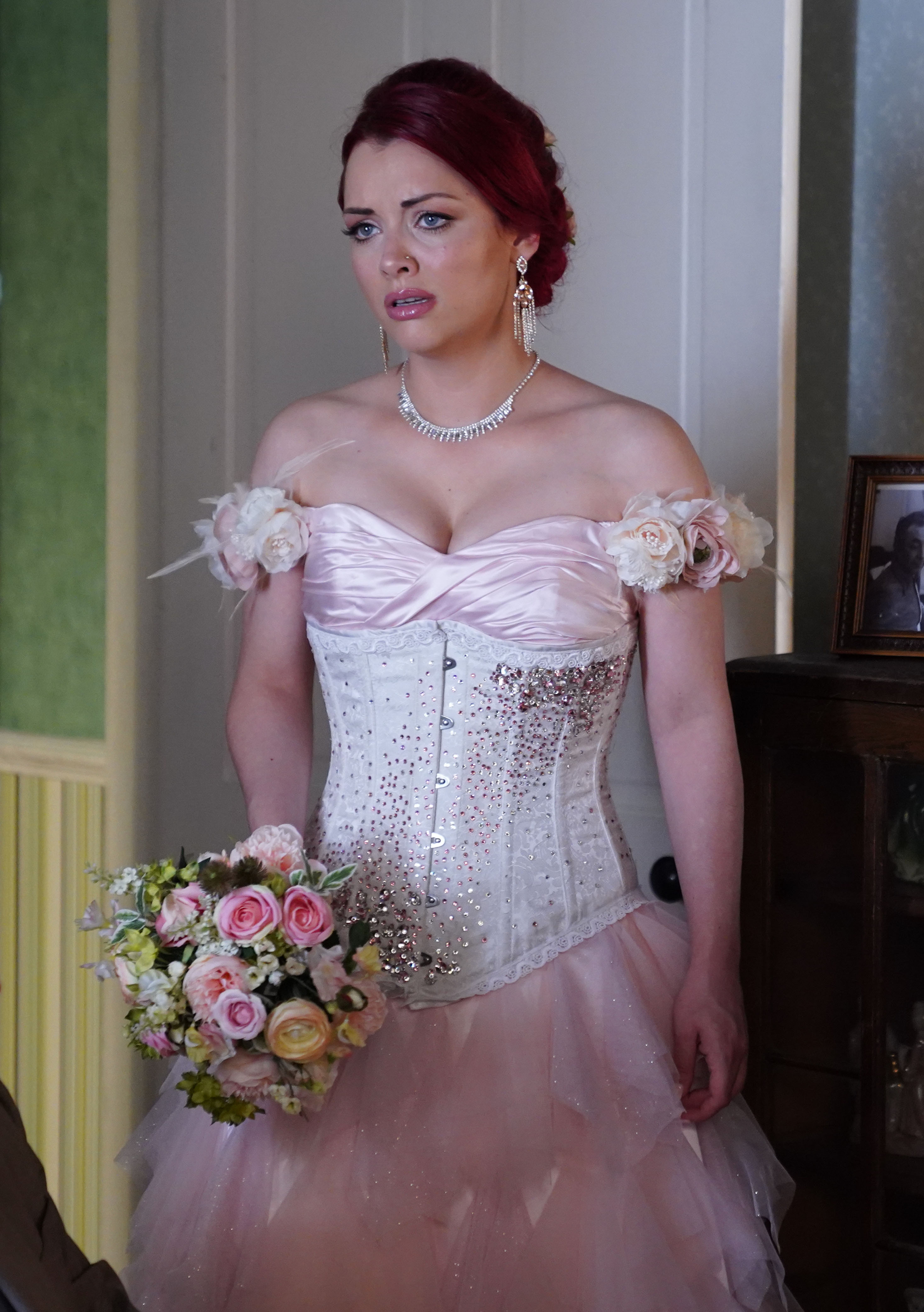 As ED! reported last weekend, Whitney has opted for a pink number to say I do - not exactly subtle.

But her delight at getting hitched again is soon put on hold when she learns that Sonia's surprise for her - Bianca - is nowhere to be found.

Whitney can't believe that her stepmum is causing chaos already and she's not even arrived yet. 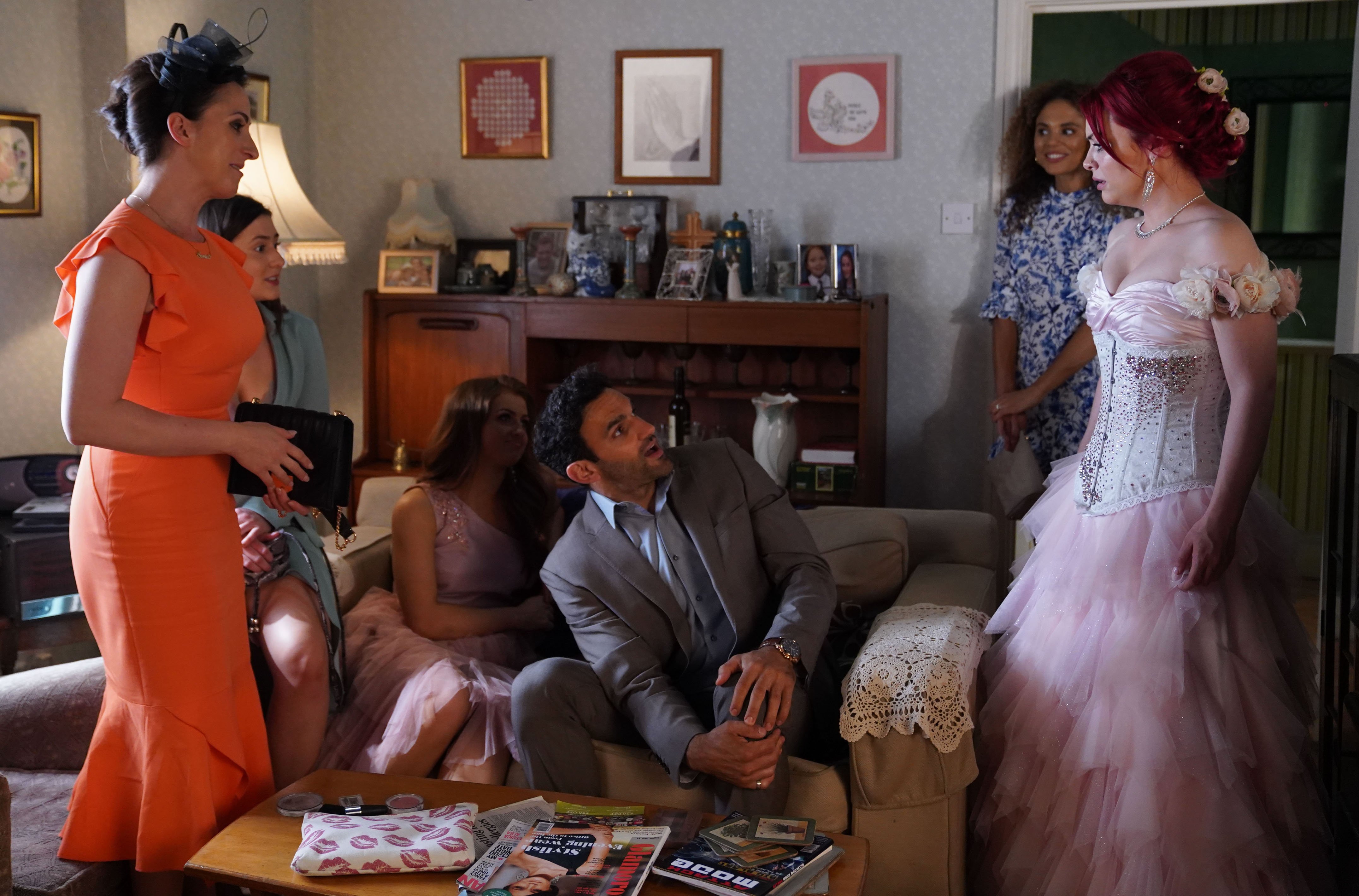 Can they locate Bianca? And will Whit get the happy ending she deserves?

The episode is set to air on Monday September 2 as a huge week kicks off on the Square.

With Callum hiding his big secret that he's been sleeping with Ben, and has also been in love with men before, things don't look set to end well for Whitney.

Will she discover the truth before they marry? Or is a big reception showdown on the cards?

Next week sees Callum skip his own stag do to be with Ben. 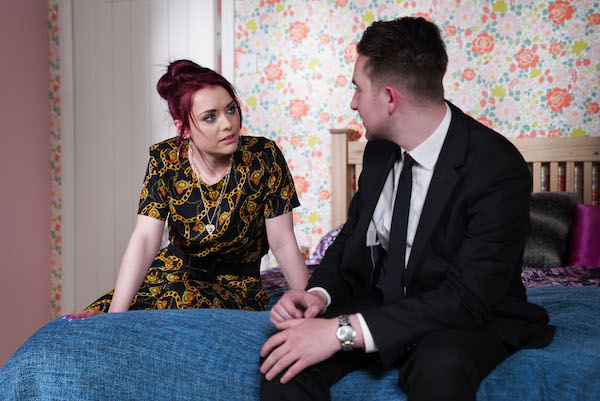 Whitney has worked out that Callum is keeping yet more secrets from her (Credit: BBC)

When Whitney finds the letters from Callum's old army friend Chris, the groom-to-be has some explaining to do.

He struggles to find the words and instead of using this as the moment to come clean to her about his past, he continues to keep his true feelings bottled up. 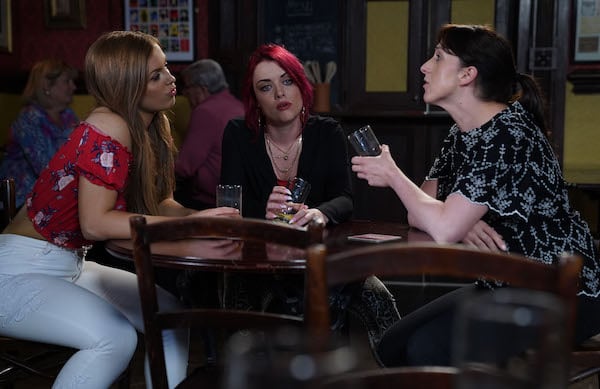 With her mind on Callum, Whitney struggles to get excited about her hen party plans (Credit: BBC)

But Whitney knows there is something her future husband isn't telling her and struggles to get excited as her friends and family plan her hen night.

Thankfully a chat with Sonia is all it takes for Whitney to realise that Callum is the man for her, and she heads home to tell him that she doesn't mind what happened in his past, all she cares about is their future together. 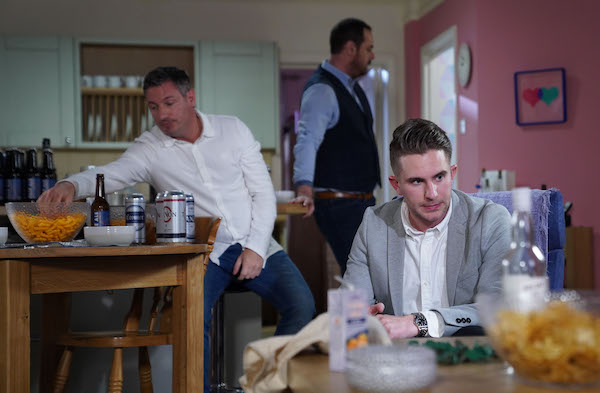 Callum's stag gets underway, but his mind is on Ben (Credit: BBC)

But would she be so understanding if she knew Callum's lusting after Ben?

As Whitney and Callum get ready for their pre-wedding celebrations, an unsuspecting Mick invites Ben along to the stag.

But while Ben is thrilled by the prospect of spending more time with Callum, Stuart isn't happy.

With Stuart in the know about Callum and Ben, he's determined to stop him coming to the party and slopes off in a bad mood. 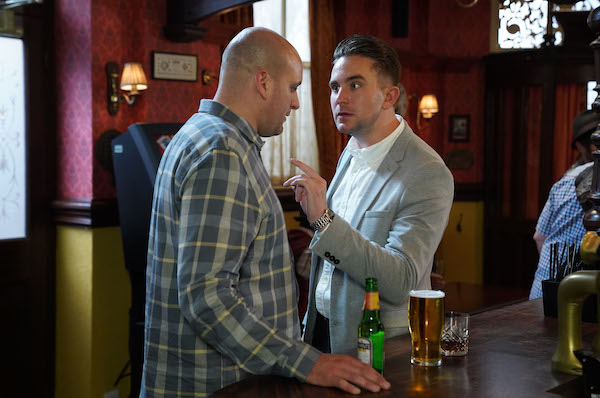 When Ben goes missing from the stag, Callum thinks his brother has been up to no good... (Credit: BBC)

But when he returns later, Ben is nowhere to be found. With Ben missing, Callum is suspicious that his brother has been up to his old tricks, but what has Stuart done?

Callum's stag goes from bad to worse as Stuart's surprises for his brother cause the party to turn sour, and soon a drunk Halfway has had enough and escapes the bash and heads off to find Ben.

But once he finds him, the pressure becomes too much for the groom-to-be and he ends up lashing out. 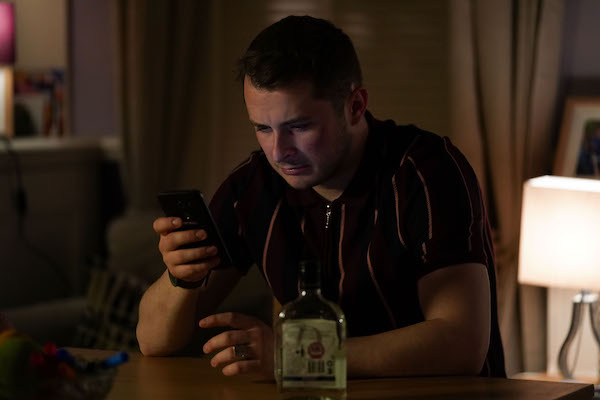 Ben pines for Callum, who is still planning to marry Whitney (Credit: BBC)

Clearly Callum feels like he needs to come clean to Whitney before their wedding, because before long he arrives at her hen do with something to say. 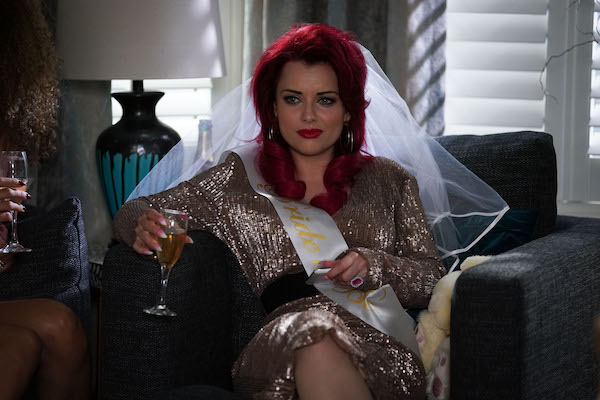