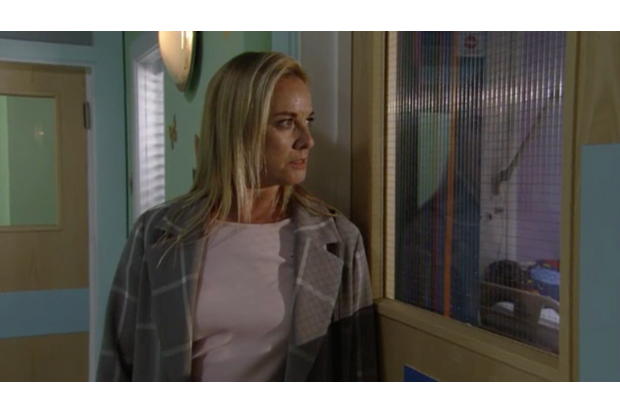 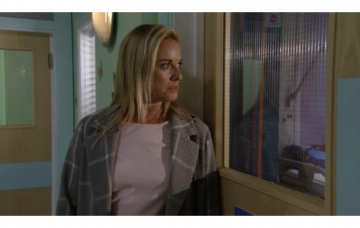 Well, we weren't expecting THAT!

Ray Kelly has more skeletons in his closet than a haunted house at Halloween, but EastEnders fans have got one step nearer to finding out the truth about him.

In tense scenes shown last night (Thursday 11 October), Mel did what any seriously suspicious woman would in her circumstances – followed him.

And she was shocked to the core when she realised that Ray’s secret was way more complicated than she’d first thought.

During a conciliatory drink in the Queen Vic, Mel’s suspicious were aroused when mysterious Ray took a phone call which seemed to worry him deeply.

Abruptly dashing off after seemingly receiving distressing news and mentioning the location ‘Matthews’, Mel was left pondering what had upset her ex so much.

However, when nurse Sonia Fowler later mentioned Matthews was a ward in the hospital, Mel decided to follow her nose to Walford General’s paediatric ward.

After looking through a list of patient names, Mel walked over to a glass door through which she saw Ray with his arm round a worried-looking woman, giving her a tender kiss on the forehead as they looked down on an unwell little boy in bed.

The end credits named the characters as Maddie and Jake Wright – so are they Ray’s secret family?

The undercover cop also uses the alias Simon Wright, giving yet more clues as to the identity of the woman and child.

Fans jumped to the obvious conclusion that Mel had stumbled upon Ray’s wife and sick son, with one saying: “OMG so Ray is a married man.”

Another simply said: “Guessing Ray has another family.”

A third suggested: “Ray had another family while undercover?”

Guessing Ray has another family #EastEnders

OMG so Ray is a married man #EastEnders

So is that woman Ray's wife & is the child his?? #EastEnders

Ray had another family while undercover? #eastenders

So Ray has a whole other life! #EastEnders

Mel was visibly crushed to see what Ray had been keeping from her, but will she confront him with what she knows?

Previously on the cusp of getting back together – but what about Jack!? – will Mel be able to forgive Ray’s betrayal? After all, the boy looks about the right age to have been born during Mel’s marriage to Ray.

Or could the secret family be his sister and nephew? All will be revealed…

Do you think Ray is a good guy or a baddie? Leave us a comment on our Facebook page @EntertainmentDailyFix and let us know what you think!