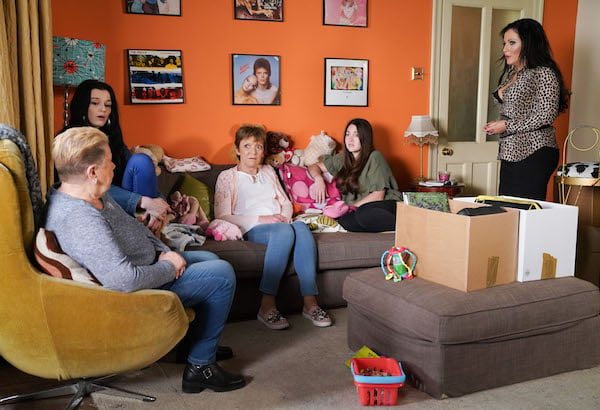 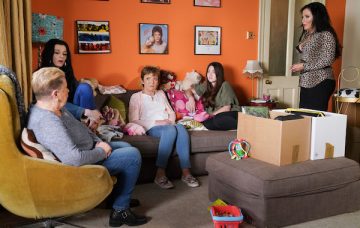 EastEnders fans totally baffled by major detail about the Slaters

They slammed it as "ridiculous"

EastEnders fans have been left totally bemused by a major flaw in the Slater family household.

During last night’s episode (Thursday 15 November), viewers became seriously confused when they tried to work out exactly how many people are now living in the Slaters’ house.

And they counted at least 11 members of the family all living under one roof!

Last night’s trip to Walford saw the Slater family gathered at the breakfast table, with Martin lamenting the lack of milk, Big Mo unhappy about there being no hot water left, and everyone fighting over one cup of tea that Jean had kindly made for new mum, Hayley.

But fans were massively distracted by the sheer volume of Slaters in the room.

And questioned where they all sleep?

It’s absolutely ridiculous how many people are supposed to be living in the Slater/Fowler/Butcher household on Eastenders since when did that place have 8 bedrooms?

One fan tweeted: “It’s absolutely ridiculous how many people are supposed to be living in the Slater/Fowler/Butcher household on Eastenders since when did that place have 8 bedrooms?”

A third said: “Is the slater house a mansion it must have 20 bedrooms?”

“So now that’s Stacey, Martin, Kat, Mo, Jean, Hayley & her baby, Hope, Lily, Arthur, Ruby, Whitney and Tiff all living at Stacey’s now. Honestly this is getting ridiculous,” said another.

Breakfast with the Slaters. Standing room only. #EastEnders pic.twitter.com/pPQGQPwKll

At the moment, Mo, Kat and Jean are all living there, along with Martin, Stacey and their three kids.

Add Whitney, Tiffany, and now Hayley and her new baby, and things are looking rather cosy indeed!

Let’s hope recently returned Alfie Moon has his own place to stay, or else he’ll be squeezing in too…

We need a lie down just thinking about it… If only we could find a bed!

Who is your favourite Slater? Leave us a comment on our Facebook page @EntertainmentDailyFix and let us know what you think!