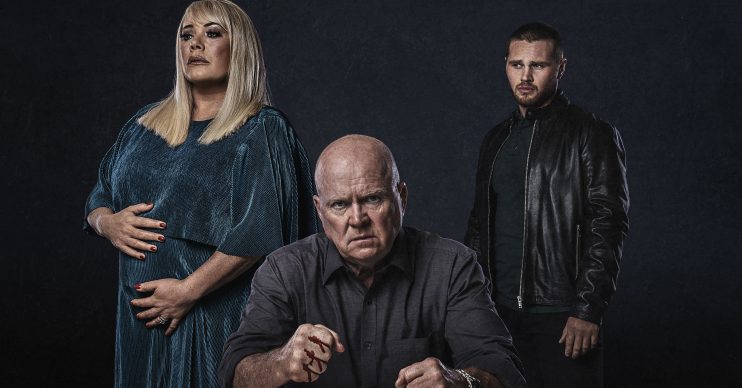 Fans are predicting a game-changing twist

Fans of EastEnders are convinced Sharon IS having Phil’s baby.

Ever since Sharon got the pre-birth DNA test from a sample of Phil’s DNA the show has acted as if Phil definitely isn’t the father, but fans are smelling a rat.

With Phil follicley challenged, they have pointed out that it would be more difficult for Sharon to get a DNA sample from Phil without him knowing.

And with mix-ups by ordinary people happening all the time, they think Sharon made a mistake and Phil really is the dad leading to a bombshell twist.

One said: “It’s still very likely to be Phil’s, I still maintain that the show wouldn’t reveal the dad in a Monday episode in the middle of summer, she will have used the wrong DNA sample and it will have ended up being Keanu’s DNA instead of Phil’s.”

A second said: “They’re going to make it Phil’s at some point…..Keanu just isn’t important enough to have two children knocking around the Square.”

A third said: “Did they show how Sharon… erm… collected Phil’s DNA? I’m a bit grossed out about what sample she sent off as he has no hair.”

Whatever the truth of the paternity, Phil is going to explode with rage when he finally lets Sharon know he knows she cheated on him.

“Worth it, was he?” screams Phil as he hurls a chair across the room with Sharon shocked in the corner

“I don’t want to spoil anything, but there are some twists and turns that Sharon definitely didn’t see coming… and neither did I…”

Are you excited for EastEnders’ Christmas episode? Leave us a comment on our Facebook page @EntertainmentDailyFix and let us know what you think!