A new face has arrived in Walford, but she was already known to some EastEnders fans.

Although actress Hannah Daniel has never been seen in the BBC soap before last night (August 1), she has been lucky enough to star in some of the channel's biggest hits of recent years. The Welsh actress, 33, arrived in Albert Square to investigate the brutal attack on Phil Mitchell.

Fans watched in horror as Hannah's character DCI Morgan interviewed Phil's son Ben, who proceeded to tell her a pack of lies in a bid to frame Keanu Taylor.

But will she see through Ben's web of deceit? Or fall hook, line and sinker? Viewers were in shock over the "mind-blowing episode" but, amongst the dramatic events, some noticed they'd seen DCI Morgan before.

One wrote: "Great to see Hannah Daniel as DCI Morgan. We all know Walford Police are TERRIBLE at solving crimes in EastEnders. Will she do any better than previous detectives..?"

Another added: "Is the police officer in Keeping Faith?"

Great to see Hannah Daniel as DCI Morgan. We all know Walford Police are TERRIBLE at solving crimes in #EastEnders. Will she do any better than previous detectives..? 🤔 @hfdaniel pic.twitter.com/OSVIEOaIlj

Who is the police lady? 🤔 #EastEnders

Is the police officer in Keeping Faith?

I don't usually watch #eastenders however when @hfdaniel popped up as hot cop🔥 DCI Morgan, naturally I came out of my comatose state! Great acctress..👏 kudos!

A third added: "It's Cerys from Keeping Faith! Right?"

When one asked where the police investigator was from, another responded: "Holby and Keeping Faith. You're welcome."

Hannah most recently starred as Faith's sidekick barrister Cerys in Keeping Faith, but before that starred in Holby City as junior doctor Leah Faulker. 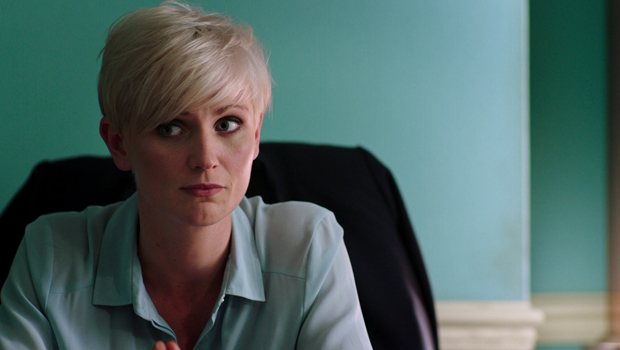 Hannah in her role as Cerys in Keeping Faith (Credit: BBC)

Whether her stay in Walford is temporary or more permanent remains to be seen but, with fans calling her "hot" and saying they "stan her" already, we think she'll be a welcome addition to the Square...

Did you recognise the actress? Leave us a comment on our Facebook page @EntertainmentDailyFix and let us know what you think!