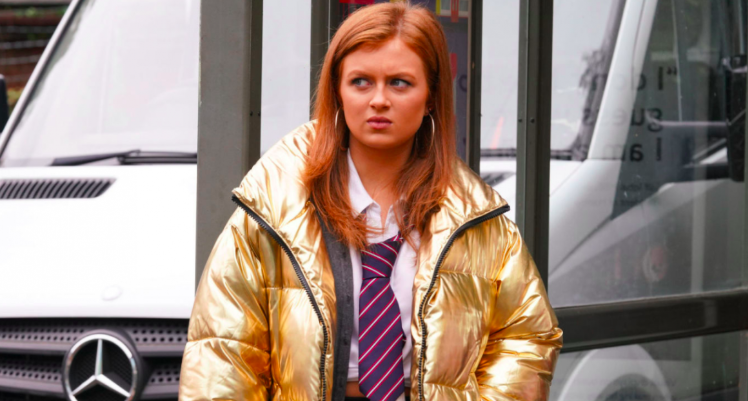 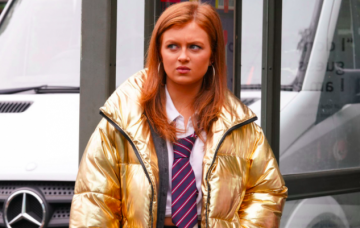 The schoolgirl is being manipulated by the gang leader

Tiffany Butcher is in the middle of a horrifying grooming storyline – but not the one viewers think.

The schoolgirl is being manipulated to become a drugs runner by a gang of teenager criminals.

But while viewers have focused on Tiffany’s ‘boyfriend’ Jagger, other fans have spotted Tiffany is in the midst of a terrifying grooming storyline.

In fact it is female gang leader Evie who is grooming Tiffany in a sickening way.

Viewers have watched horrified as Evie befriended Tiffany as a fellow victim of the gang, before revealing herself to actually be the boss.

She has set about separating Tiffany from her friends and family and most recently targeted Bernadette Taylor for elimination.

She has convinced Tiffany to manipulate Bernie’s feelings for her friend to keep her on side as she deals drugs.

But fans have realised Evie is doing the exact same thing to Tiffany, even if the schoolgirl has no idea what is happening.

“She taught Tiffany to kiss Bernie as a way of getting her onside. Now Evie is doing the same to Tiffany without her even knowing.

“I like how this has some resemblance of psychological depth to it.”

A second added: “Yes it’s really interesting seeing this played out as a girl grooming girl storyline and quite sinister in many ways.”

Another agreed commenting: “I think its a brilliant dynamic. Really original and interesting. Evie is a great villain.”

New EastEnders boss has promised Tiffany’s storyline will take a dark turn for the new year, with the schoolgirl being drawn further into the drug gang’s world.

What do you think of the grooming storyline? Leave us a comment on our Facebook page @EntertainmentDailyFix and let us know what you think!