Keanu Taylor is being framed for a crime he didn't commit - and EastEnders fans are NOT happy about it.

This week, the mechanic was arrested for the grievous bodily harm of his boss Phil Mitchell, but everyone at home knows he's not guilty. 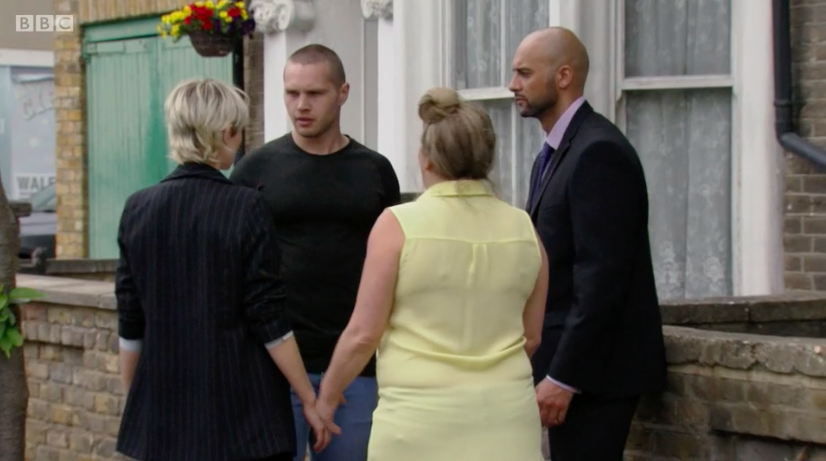 Keanu is being framed for a crime he didn't commit (Credit: BBC)

In fact, Stacey Slater - now on the run - is responsible for leaving Phil fighting for his life.

Stacey found Phil attacking her husband Martin, and clobbered him over the head with a wrench, leaving his lifeless body in the car pit while they panicked over what to do.

Phil's 'evil' son Ben then arrived, threatening them to keep quiet, as he quickly set up the scene to look like his rival Keanu was the culprit. 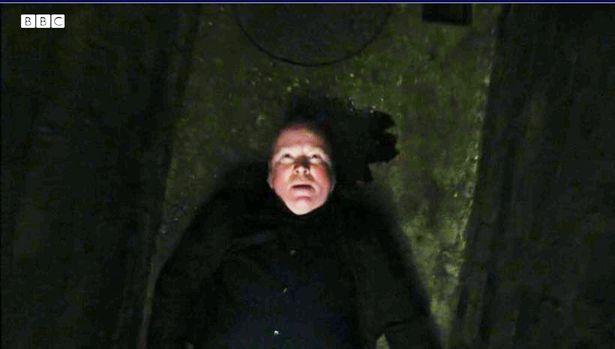 Phil lay fighting for his life in the Arches (Credit: BBC)

Viewers know that Ben is out for revenge, after Phil cut his son out of his will in favour of Keanu...

As the evidence mounted up against Keanu, the mechanic was arrested and held overnight, leaving his poor mum Karen worried sick for him and pleading with him to flee the Square for his own good.

EastEnders are scraping the barrel with the storylines. I'm so over this.

But fans have slammed the storyline as "scraping the barrel", "laughable" and "a load of tosh".

@bbceastenders scraping the barrel with the storylines; I'm so over this Ben "throwing toys out of pram" storyline..... pic.twitter.com/wyB4v61jnR

One fumed: "EastEnders are scraping the barrel with the storylines. I'm so over this Ben 'throwing toys out of pram' storyline."

Another agreed, saying: "Won't be watching until it's done. Same old..."

A third typed: "This whole storyline with Ben trying to set Keanu up is getting a bit boring now #EastEnders."

Others pointed out a catalogue of errors, with one tweeting: "They wanted Ben's fingerprints, yet he is a convicted murderer. Erm!! They are on the system, you idiots. Laughable!" 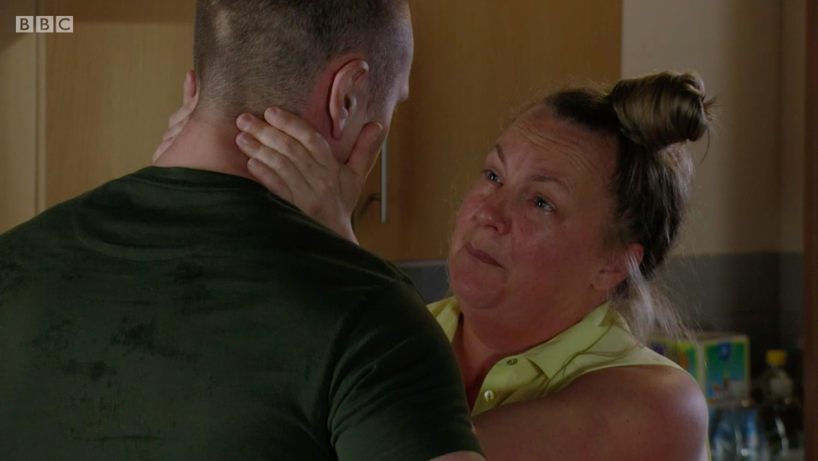 Karen is worried sick for her son Keanu (Credit: BBC)

Another added: "Ben's fingerprints will not be on the weapon. Have the police no forensics in these soaps?"

One more said: "A load of tosh! Because people use their own clothes to wipe a weapon? Then just throw the clothes two foot away! No blood spatter! Just a wipe? Police are not that stupid! Also, Ben having to give his fingerprints because they are not on the system. Come on writers! Use your noggins!"

On Tuesday (August 6), Phil finally came around, only for Ben to lean close and break the news Keanu tried to kill him.

Will he be able to pull the wool over his dad's eyes?

Are you enjoying this storyline? Leave us a comment on our Facebook page @EntertainmentDailyFix and let us know what you think!