The brutal jibe referenced Whitney's recent heartbreak, and viewers slammed the comment for coming "way too soon" after her marriage to Callum 'Halfway' Highway was left in shreds. On Thursday (October 17), the news of Tiffany's engagement spread across Walford, with the young couple facing a fair amount of opposition.

Although Whitney had her doubts at first, she came around and told Tiff that she hoped they'd be happy.

But things turned nasty later in the episode when Tiffany walked into the cafe and saw Whitney on a date with Leo King. 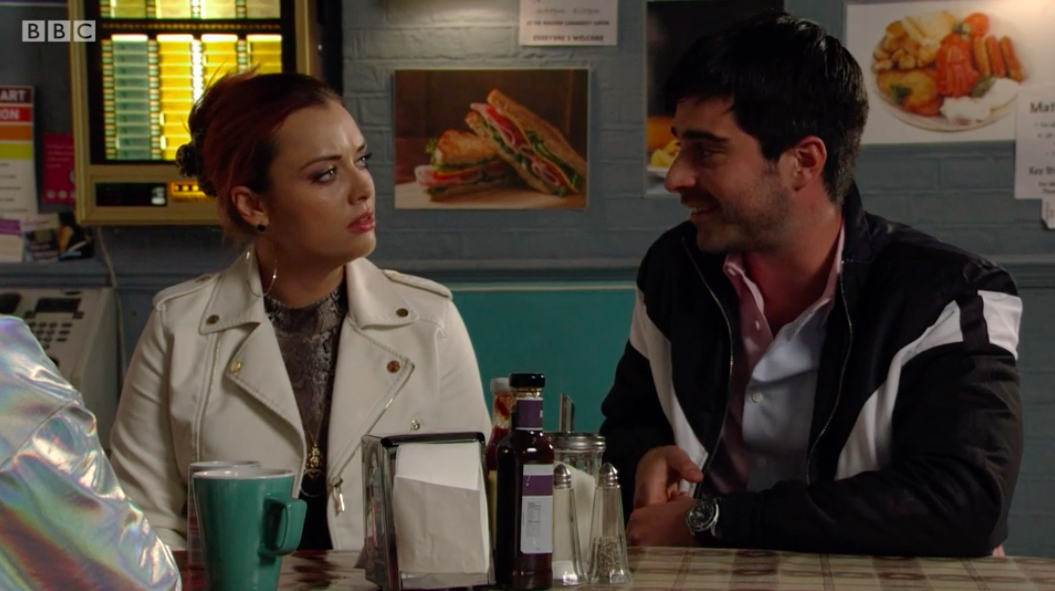 Gatecrashing their chat, Tiffany made it clear she wasn't impressed when she recognised Leo from previous encounters - although she doesn't yet know his real identity.

Embarrassing Whitney, Tiffany said: "So, you're at the wedding Whitney does a runner from. Then you chat to her sister twice. Rock up at her honeymoon, come back as her boyfriend a few weeks later.

Whitney did not deserve that.

"Small world sounds like a bit of an understatement to me." 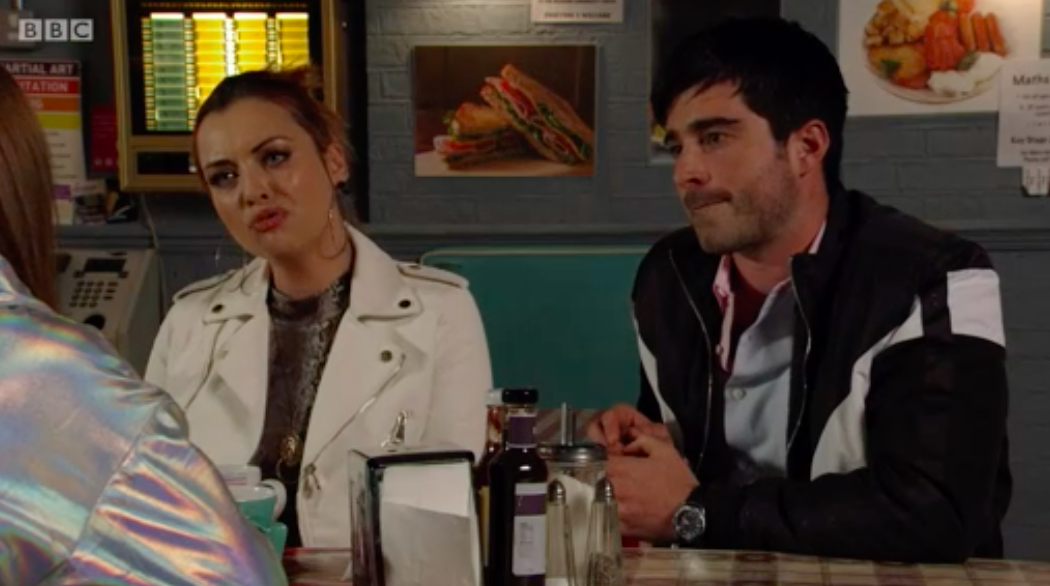 Whitney was not impressed with Tiffany's intervention (Credit: BBC)

Despite Tiffany's words coming dangerously close to the truth, Whitney was furious that her failed wedding and honeymoon had been exposed - and stormed out.

Tiffany later found Whit drowning her sorrows at the Queen Vic and attempted to apologise.

But a few drinks later and stinging from the embarrassing cafe encounter, Whit was in no mood to be forgiving. 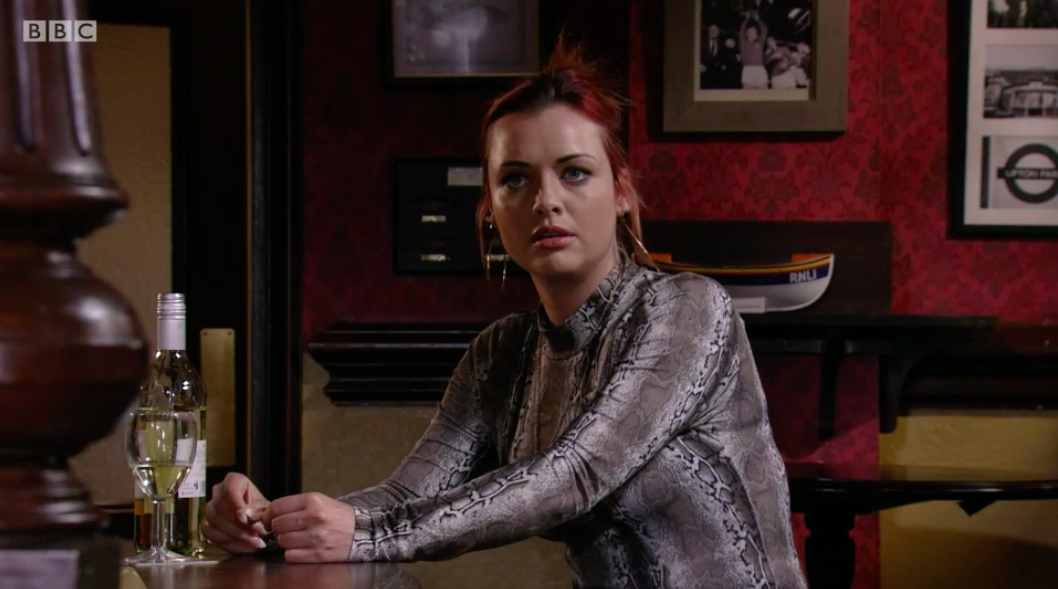 Whitney and Tiff lashed out at each other (Credit: BBC)

She told Tiff: "You've been with your little boyfriend for what, two minutes, and all of a sudden you think you know it all, don't you?

"You're a kid. You're playing grown-ups, you're not getting married. I bet you anything I have that you two will be split up by Christmas.

"You might not think it Tiff, but you need to grow up."

Which is when Tiff retaliated with her killer blow, spitting back: "You walk into relationships and they always end up the same way - in tears.

"Who are you to tell me anything. But don't worry, if Keegan ends up gay, I'll give you a call." Whitney was devastated when she discovered her fiancé was gay (Credit: BBC)

Those watching from home couldn't believe Tiff's "savage" putdown, while others claimed it was the "best line in the soap for a long while".

Writing on Twitter one said: "Whitney did not deserve that."

Another said: "That was savage."

A third added: "Tiffany should respect Whitney, because she's older and been through a lot of very bad relationships so she knows not to rush into things."

"Bit below the belt there Tiff," said one more. "She's your BIG sister and deserves respect."

Others, however, agreed that Whitney wasn't really in a position to be dishing out relationship advice.

Soap spoilers tell us that Tiffany and Keegan will elope to get married. But will they get their happy ending?

Do you think Tiff was too harsh? Leave us a comment on our Facebook page @EntertainmentDailyFix and let us know what you think!