EastEnders viewers have predicted that abuser Gray Atkins will be killed off this Christmas.

They've been sickened to watch the solicitor physically assaulting his wife Chantelle - and believe it's only a matter of time before he gets his comeuppance. 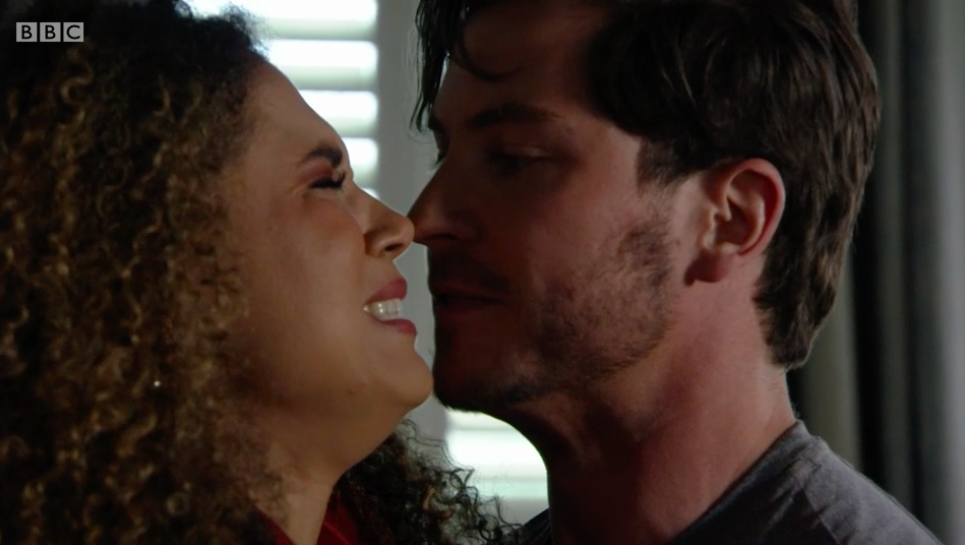 Chantelle hides her bruises from her family (Credit: BBC)

Read more: Corrie doctor who gave Sinead her terminal cancer diagnosis used to be in EastEnders

Karen Taylor's daughter Chantelle arrived in Walford earlier this year, along with husband Gray and their two children.

All seemed normal for a while, and the foursome appeared to be the perfect family...

Until Gray showed his true colours in horrifying scenes in which he attacked his wife. 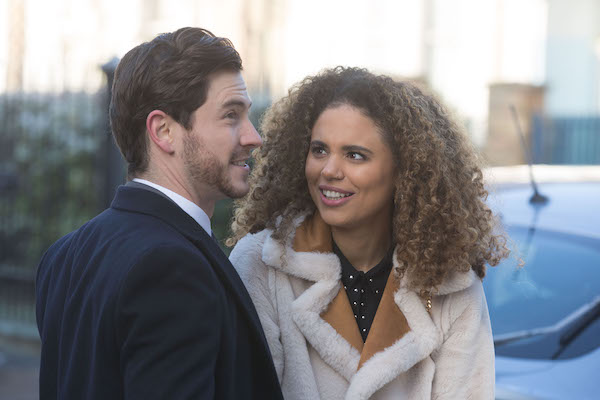 Gray and Chantelle look like the perfect couple - but are far from it (Credit: BBC)

This week, soap fans were disgusted with Gray when he punched Chantelle in the stomach - just moments before she took a pregnancy test and discovered she's pregnant.

Now viewers believe the wife-beater will be murdered in an explosive Christmas storyline - and Chantelle, Karen, Mitch Baker and even Bobby Beale could all be responsible.

My EastEnders Xmas storyline prediction: Gray gets killed off.

One tweeted: "Gray better be killed off during the Christmas special episodes EastEnders." 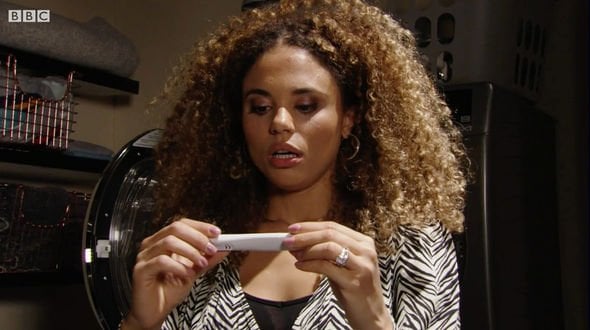 Another said: "I'm going to throw my EastEnders Xmas storyline prediction out there, but I reckon Gray gets killed off. Possibly by Chantelle but maybe even Mitch."

A third added: "My prediction is that Gray is the one killed by Bobby. Ties in with his PTSD storyline and guilt for killing Lucy, and we know Iqra was defended by him before and Gray is a loose cannon."

"Can Gray please get killed off in the Christmas episodes?" pleaded another.

I'd punch gray if that was me. Hope chantelle stands up for herself against that bully. Wait until Karen finds out she will kill him #EastEnders

I am trying to figure out who's going to kill Gray when they find out what he has been doing to Chantelle, Mitch, Karen or Keegan.

I’m gonna throw my #EastEnders Xmas storyline prediction out there,but I reckon Gray gets killed off. Possibly by Chantelle but maybe even Mitch.

Gray better be killed off during the Christmas special episodes, istg #Eastenders

My prédiction is Grey is the one killed by Bobby. Ties in with his PTSD storyline and guilt for killing Lucy, and we know Iqra was defended by him before and Gray is a loose Canon. I reckon à halloween murder, too. #Eastenders

I can see Chantelle going for Gray with a knife sooner or later... #EastEnders

Speaking on the red carpet at Monday's TV Choice Awards, she told Metro.co.uk: "Christmas is going to be big. There's lots of exciting and fabulous stuff.

"I think no one is going to be disappointed about Christmas this year."

She recently said: "We've got great stuff for Chantelle and Gray. That storyline will be continuing EastEnders' tradition of stories which explore really important issues. We're going to be pushing that story.

"We've been building it quite gently very deliberately and building the sort of public - by which I mean the Square - the public perception of the kind of man Gray is and the kind of marriage that they have, so we'll be exploring that."

What do you think will be the huge Christmas storyline in Walford? Leave us a comment on our Facebook page @EntertainmentDailyFix and let us know what you think!