Fans of EastEnders have predicted more drug horror for Bex Fowler as she willingly took unknown pills from Dotty Cotton.

Ahead of her exit from the soap, Bex could be set to encounter further turmoil after she decided to take drugs with Dotty.

As Bex, Dotty and Bobby Beale prepared for their evening, Dotty said that perhaps Bobby and Bex shouldn't join her as they may not be up for doing what she had planned. 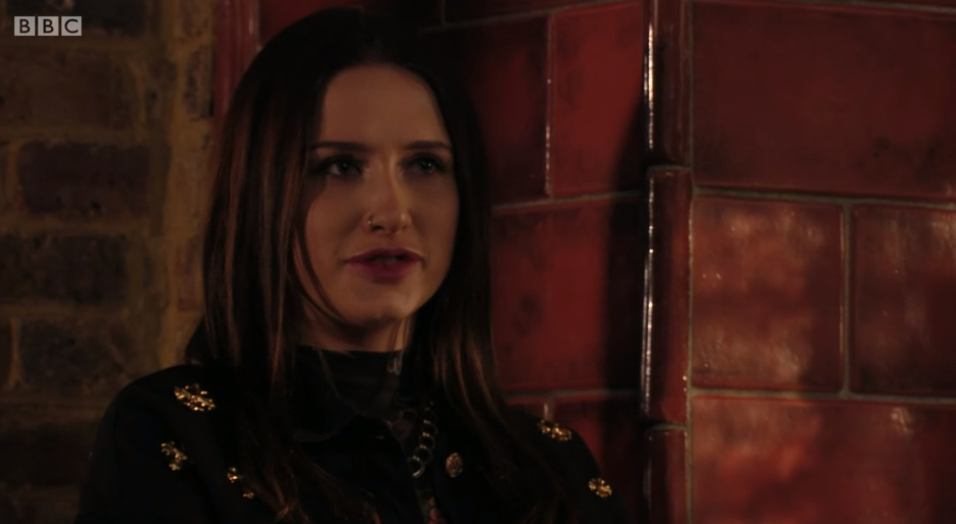 Dotty had big plans for their night out (Credit: BBC)

When Bobby asked her what she meant, Dotty revealed a bag of pills that she had stashed in her bag.

Bex asked her what the pills were, and Dotty replied: "Well they aren't Aspirin."

Bobby quickly said no to the drugs, explaining that his recent brush with death as a result of taking drugs and walking on to train tracks in the path of an oncoming train, had put him off.

Bex was up for taking drugs (Credit: BBC)

However, EastEnders' fans were left worried when Bex reacted completely differently, telling Dotty that she would take the unknown drugs with her.

In fact, many fans are convinced that the pills Dotty gave to Bex mean something about her future and that she will die from taking them.

One fan said: "How stupid is Bex? She nearly died from an overdose a few months ago and now she's going to take drugs again? #EastEnders"

How stupid is Bex? She nearly died from an overdose a few months ago and now she’s going to take drugs again? #Eastenders

Also after tonight’s episode im fully convinced Bex is getting killed off through drug use. Convenient much? Boat trip, Dotty’s father in similar consequences regarding drugs, Dotty is up to something. And Bex will die because of it next week. #EastEnders

Those pills Dotty gave Bex have to mean something, I’m convinced that something will happen which will lead to her exit and possible death #EastEnders

the pills and this promo photo..bex is a gonner luv xx #EastEnders pic.twitter.com/2bxD1QfRPa

Tonight's episode (Friday February 14) will reveal whether Bex chooses to take the drugs or whether she will back out.

She has appeared to be back to usual self after her traumatic suicide attempt last year.

But as we know actress Jasmine Armfield is departing the soap and has already filmed her final scenes, it's starting to look like an unhappy ending for Bex...

Speaking to The Sun about her exit, Jasmine said: "I've had such a fantastic time playing Bex Fowler and loved being part of EastEnders but now feels like the right time to try something new.

"I've made friends for life working on the show and shall miss them all."

Do you think Bex will take the drugs and if she does what will the result be?