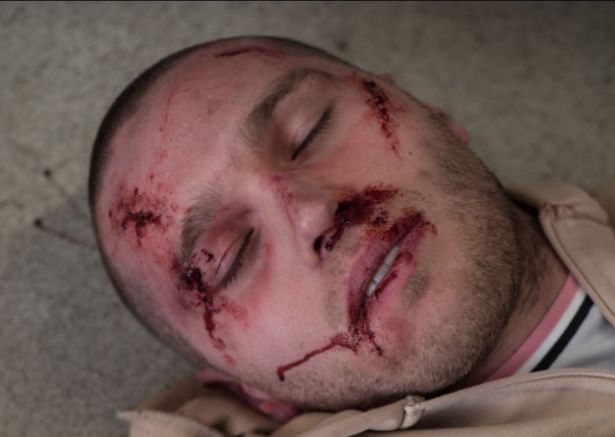 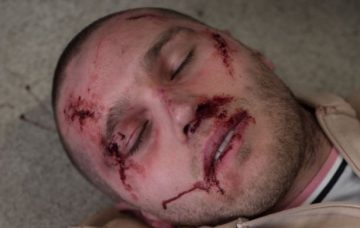 Will he make it back from Spain alive?

EastEnders fans were horrified last night to see troubled Keanu Taylor has been beaten to a pulp, while doing Phil Mitchell’s dirty work.

Ever since Keanu left Walford with a heavy heart to do some ‘business’ for Phil in Spain, viewers have felt uneasy about Keanu’s life expectancy.

And on Thursday (21 February), their worst fears were confirmed when Phil was sent a photo of Keanu in a bloodied heap.

Phil had been extremely secretive about Keanu’s whereabouts, but was forced to track him down after his daughter Louise had made a life-changing announcement…

She told her dad she was pregnant with Keanu’s baby!

Louise told her shocked dad she was “sure” the baby was Keanu’s and added: “I’m keeping it. I love him.”

To top off Phil’s bad mood, Karen then arrived demanding answers about the whereabouts of her son.

Phil, unable to contain his rage, told her: “That moron of a son of yours has got her up the duff.”

However, things got even worse for the criminally-inclined mechanic when he received a photo message of Keanu’s horrific fate…

Will he ever come home alive?

Phil then explained that he’d set up some garages in Spain that infuriated the locals because he was undercutting them.

He added: “It was meant to be simple. Things got a bit tense. I needed someone to smooth things over. I told him to call me if it got out of hand.”

But is he telling the truth?

As Phil told everyone to calm down and that the picture was just a warning, not a real threat, fans at home sided with Karen who was devastated about her son.

One wrote: “Seeing Keanu like that is actually breaking my heart.”

Another said: “Bring Keanu home, he doesn’t deserve that!”

Phil what have you done to our Keanu?!?! #EastEnders

Omg Keanu been beaten up 🙁 #EastEnders

Meanwhile, Louise admitted she’d lied about the pregnancy to get her dad to talk, and Phil decided to fly to Spain to bring Keanu back.

But will he make it back in one piece… Or “stuffed in a suitcase” like one viewer thinks?

Do you think Keanu and Sharon will end up together? Leave us a comment on our Facebook page @EntertainmentDailyFix and let us know what you think!