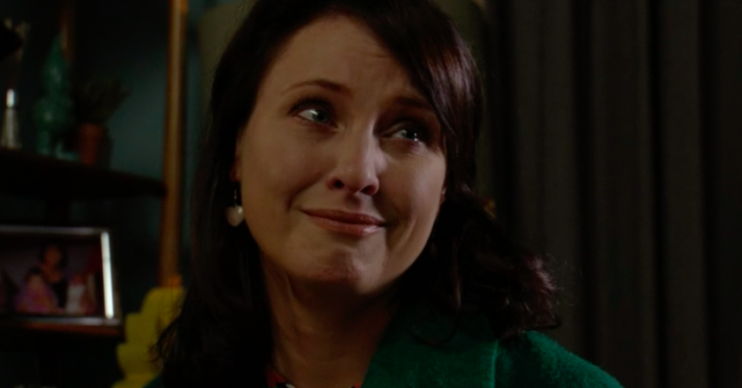 She's going away to compete on Strictly's live tour

Fans of EastEnders have been left in tears after Honey Mitchell left the Square to get help for her eating disorder.

Honey has been struggling since ex Adam undermined her self confidence by cheating on and humiliating her, pushing her back into her eating disorder.

Finally last night Honey realised she had a problem and needed to get help.

“You love me too much to give me the help I need,” she told Billy as she explained she was going to stay with her aunt to get help.

They told their children that Honey was going to look after her aunt so as not to worry them.

Read more: Danny Dyer set to renew wedding vows with wife Jo even though he ‘humiliated’ her

“You can do this, Hon. I believe in you,” Billy told her as she left.

And viewers were left heartbroken by Honey’s emotional exit scenes.

One said: “Oh, Honey you are breaking my heart, #EastEnders”

A second said: “Aw honey is leaving, well she’s trying to get her eating disorder under control and says she has to learn to love herself again #EastEnders”

“The things Honey was saying in Thursday’s episode was so relatable to my past. Respect to the writers for raising eating disorder awareness and having help and support information at the end of the programme.”

A fourth said: “Am going to miss Honey, its for her own good though @bbceastenders #Eastenders”

Read more: EastEnders’ Max Bowden taking his nan to NTAs and calls her ‘his world’

However, while on-screen Honey is leaving to go and get help for her eating disorder actress Emma will actually be appearing on the Strictly Come Dancing live tour.

And some fans couldn’t help but notice and joked Honey should just tell her kids she’s going on it rather than to stay with her aunt.

One joked: “Billy- ‘why can’t you recover here?’ Honey- ‘I can’t do Strictly Come Dancing from Walford’ #EastEnders”

Another added: “Honey, just tell your kids that you’re going on the Strictly tour – it’s much easier than this. #EastEnders.”

What did you think of Honey’s exit? Leave us a comment on our Facebook page @EntertainmentDailyFix and let us know what you think!