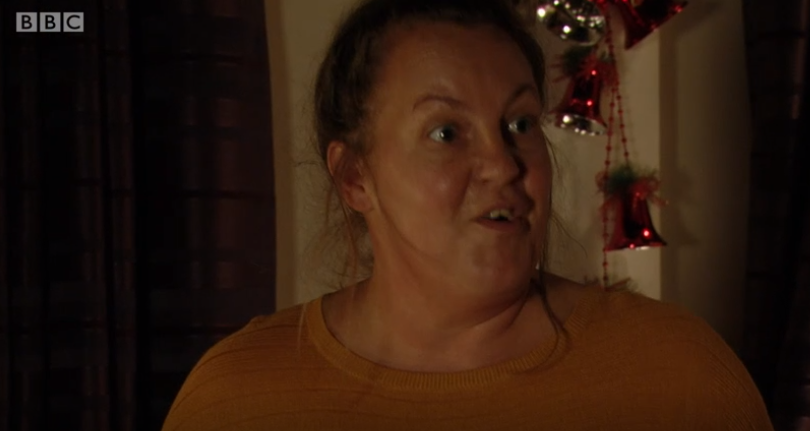 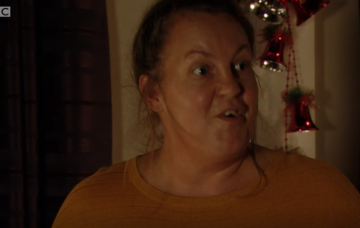 She baked her a rainbow cake!

EastEnders viewers have heaped praise on the show after its handling of Bernadette Taylor’s coming out story.

And after Thursday night’s two episodes, they are hailing Karen Taylor as the “best mum” in Soapland for the way she handled her daughter’s feelings.

Bernie came out to her mum in The Vic on New Year’s Eve, and Karen’s reaction was everything you’d want it to be. She told her daughter how proud she was of her and how much she loved her.

But Karen hadn’t yet connected the dots that the girl Bernadette said she was in love with was Tiffany Butcher.

So when she felt that Tiffany was messing her daughter around and not being a good friend, Karen decided to give her what for and chuck her out of the Taylors’ flat.

But when Bernie was really upset with her mum, it was up to Keanu to point out to Karen that Bernadette saw Tiff as more than just a friend.

Realising she’d made a terrible mistake sticking her beak in, Karen made Bernie a rainbow cake to say sorry.

And fans went wild as she gently asked her daughter: “Do you think Tiffany likes rainbow cake as well?” leaving Bernadette very confused by what she was getting at!

The scenes had people posting on Twitter in their droves about how much they love Karen and how she’s becoming an EastEnders icon.

@bbceastenders Karen is the best mother in the square #Eastenders

I’m so glad they casted karen like honestly she is perfect for #eastenders and she’s an amazing character! and an amazing parent

Karen is brillant. One of the best mums in #EastEnders!

Karen is so sweet. I’m down for a supportive mother of her gay daughter #EastEnders

Hands down #EastEnders have never made a better decision than bringing in Karen she makes @bbceastenders worth watching! She’s an amazing actress and so funny to watch. I hope she’s in it for longer …. @loustar76

I bloody love Karen and her rainbow cake 🌈🌈🌈🥰 #eastenders @bbceastenders

that scene between bernie and karen, love is love 🌈 #EastEnders

Karen Taylor is the icon that nobody saw coming. #EastEnders

Karen and Bernadette have the best mother and daughter relationship #EastEnders

@bbceastenders Karen is fantastic in Eastenders, I really like this side to her character 🙌🏻 great acting from Bernie too 😊

When Karen moved in I would not have said this but she's one of the best mothers in Albert Square. #EastEnders

Karen is the best mother on the Square #EastEnders

Read more: Gay bar to open on the Square

When Karen and the Taylors first arrived in Walford, fans weren’t keen on the brash, loud-mouthed woman and her clan.

But now they’re bedded in, they’re lauded as one of the best families on the Square, with many fans calling for Karen to stay forever.

Did you love the scenes between Karen and Bernadette? Leave us a comment on our Facebook page @EntertainmentDailyFix and let us know what you think!