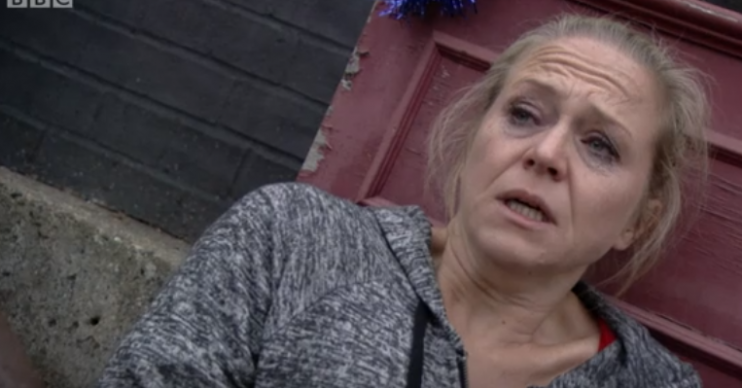 Keanu appeared to be shot by Martin

Fans of EastEnders are convinced Linda Carter is the one who killed Keanu Taylor.

On Christmas Day viewers saw Louise Mitchell confront her fiancé Keanu asking if he was the father of her stepmother Sharon Mitchell’s baby.

Keanu confessed and together the pair agreed to run off together, knowing Sharon’s husband and Louise’s dad Phil would be after him.

However in a plot twist, Louise had set Keanu up and Martin appeared, knocking Keanu out before kidnapping him and taking him to an abandoned building.

Viewers heard a gunshot and later Martin showed Ben a video of Keanu being shot.

However, viewers don’t think it was Martin who pulled the trigger…

On Christmas Day Linda woke up in hospital but ended up leaving and drinking once again.

In last night’s episode (December 26 2019), she told her family she was with a friend the night before but appeared to have blood on her shoes.

Viewers think the Vic landlady is the one who shot Keanu.

linda was involved in keanu’s “death” im calling it #EastEnders

Ok so either keanu is dead or it’s an elaborate ruse to trick Ben and Phil…and if he is dead was it really Martin who pulled the trigger….Linda is definitely involved but to what extent? #EastEnders

Yesterday (December 26 2019), the soap announced that they would be doing a flashback episode for New Year’s Day.

“So this year the New Year’s Day episode will be a format-busting 60-minute episode taking us back to the beginning of Christmas Day to see the stories from different perspectives.

Are you looking forward to finding out what really happened on Christmas Day?