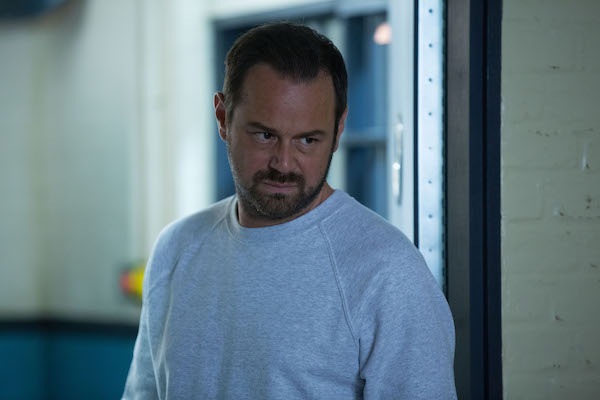 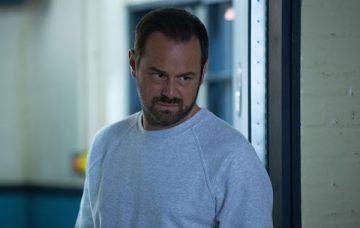 The storyline has provoked some strong criticisms...

Set up by creepy Stuart Highway, Mick is currently behind bars for attempted murder and is being terrorised by Stuart’s old pal Fraser – a sinister villain if ever there was one.

In truth, Mick’s life could well be in danger…

And some viewers have been so offended by the storyline, they have complained to TV regulatory body Ofcom.

In scenes shown earlier this week, Fraser spread the word inside the prison that Mick was a paedophile – thanks to a tip-off from string-puller Stuart.

After Fraser spread the evil claims, Mick was then hit with death threats from his fellow prisoners.

After he was branded a “nonce” – a highly offensive term for a paedophile – fans were quick to show their disgust on Twitter.

But some went even further and complained to the authorities.

The Daily Star has reported that six complaints so far have been made to Ofcom about the episode, which aired on Monday (24 September).

How long can Mick survive in prison? #EastEnders pic.twitter.com/viRdpWyx6o

A spokesperson told the publication: “I can confirm we have received six complaints about the Mick Carter/Stuart Highway storyline.”

During the scene in question, Fraser told Mick: “Stuart, he’s a legend in here. Says he tracked you down, had you cornered like the rat that you are. He was going to destroy you and you stopped him, didn’t you?”

As Mick insisted Stuart was lying, Fraser refused to believe him and spat out: “You’re one of them – a vile, twisted little nonce.”

He then shouted out to the other inmates: “We’ve got a nonce on the ward – a dirty little nonce.”

Fans were disgusted with the slanderous accusations, with one tweeting: “I’m not even a huge #MickCarter fan but poor Mick. How bloody awful not only are you in jail for a crime you didn’t commit but think you’re a paedo as well. #StuartHighway is a nasty piece of work it’s almost like he held a grudge from when he took the rap for Mick years ago.”

Another said: “Not happy with EE storyline for Mick Carter, not watching no more until Mick Carter’s name is cleared, he isn’t a Paedophile no way.”

A third added: “Poor Mick, Prison’s totally gona destroy him sadly while that seriously evil Stuart continues to get away with it really? Can’t believe he’s now tryna make out like Mick’s now a [bleep] Paedophile of all things, there’s revenge & then there’s going lower than scum.”

Not happy with EE storyline for Mick Carter, not watching no more until Mick Carter’s name is cleared, he isn’t a Paedophile no way.@bbceastenders

I'm not even a huge #MickCarter fan but poor Mick. How bloody awful not only are you in jail for a crime you didn't commit but think you're a paedo as well. #StuartHighway is a nasty piece of work it's almost like he held a grudge from when he took the rap for Mick years ago

Scared to watch their going to stab him or beat Mick . Bet Stuart said that he's a paedophile #eastenders

I have been away for a month, got back Monday. I'm really finding it hard watching EastEnders at the moment. Crazy Stuart putting the Carter's through so much. Mick in prison. How horrible it's in there. It is actually making me feel sick. I will be glad when Mick is out.

Omg Eastenders need to get Mick out of prison 😭😭

Ughhhhhhh! Really hating this Stuart storyline, hope he gets found out soon and Mick gets out of prison. #EastEnders

One concerned viewer predicts that Mick will be “stabbed” or “beaten” in jail after being branded a paedophile.

Other fans say they are “sickened”, “shocked” and “stressed” by the plot.

Many more believe Mick shouldn’t be in ‘proper’ prison with convicted criminals at all, insisting he is just on remand and not yet found guilty of any crime.

However with actor Danny Dyer soon to be taking some time away from the soap, we suspect Mick’s ordeal is far from over…

What do you think of the Mick Carter / Stuart Highway storyline? Leave us a comment on our Facebook page @EntertainmentDailyFix and let us know what you think!