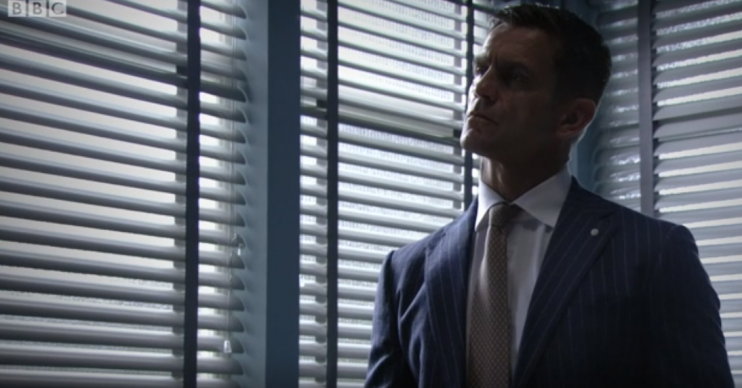 Leo has bad intentions for Whitney!

Fans of EastEnders are begging Jack Branning to bring down Leo Cameron.

Viewers know Leo has been targeting Whitney Dean for several weeks and trying to gain her trust.

Leo is the son of paedophile Tony King, the man who groomed Whitney from the ages of 12 to 16.

However, Leo believes his father was innocent and is out for revenge on Whitney, who is now an adult. But will his plan be rumbled by Jack?

In Thursday night’s episode of EastEnders (November 22 2019), Jack was in court seeing to a case of a man who was up for perverting the court of justice, but it was apparent he should also be up for murder.

As the accused came into the courthouse, Leo began grabbing at him calling him “murdering scum” and telling him he doesn’t get to hide.

Witnessing Leo’s outburst, Jack had him arrested but Leo was able to talk his way out of it without being charged, as he’s a paralegal.

Later in The Vic while Leo and Whitney had a drink, Jack walked in and Whitney introduced Leo to her Uncle, but of course they already knew each other.

Leo soon started looking Jack up online and later threatened him, pointing out that he didn’t have the cleanest record.

Viewers have begged for Jack to bring Leo down.

I think Leo just took his first step towards his downfall. Jack won't let this go that easily.#Eastenders

Jack don’t have it mate. #EastEnders

It looks like fans may not have to wait long for Whitney to find out Leo’s identity.

In pictures obtained by Metro.co.uk, Whitney can be seen having a confrontation with Leo in a graveyard.

But what will the outcome be?