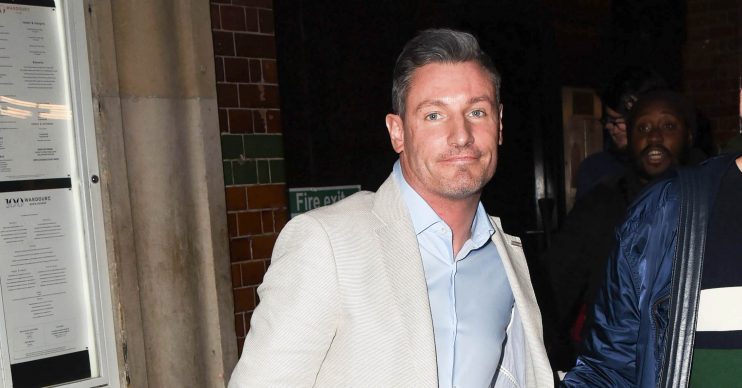 However it looks like Dean could be appearing on the E4 dating show.

According to The Sun, the show has offered the actor big money to sign up.

A source told the publication: “Dean has been in the limelight as Robbie for decades, but now he wants to show everyone the real him.

“He’s nervous about it but Celebs Go Dating would also give him an opportunity to find true love and someone who really cares about him after leaving EastEnders again earlier this year.”

He’s nervous about it but Celebs Go Dating would also give him an opportunity to find true love.

Apparently Dean’s daughters have given him the green-light and told him to go for it.

The source added: “Dean is hoping that with some guidance from the love gurus he will be able to find someone very special.”

Earlier this year it was reported that Dean, 41, had been ‘dumped’ by 25-year-old Rebekah Rose-Ward after three years of dating.

The actor, who played Robbie in EastEnders since 1993, left the soap as his character went to look after injured son Sami.

A source told Daily Star Sunday: “Dean knows he’s made some bad decisions and he is working hard to get his life back on track.

Would you like to see Dean on Celebs Go Dating? Leave us a comment on our Facebook page @EntertainmentDailyFix and let us know what you think!