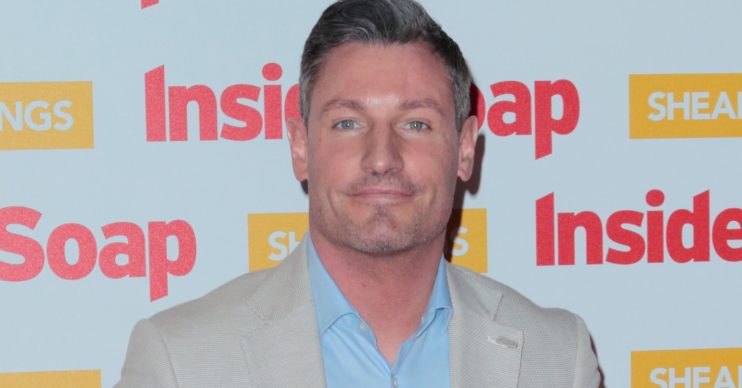 Dean Gaffney isn’t happy about the latest tabloid reports about him.

The Sun reports that the EastEnders star is using dating app Bumble to find love.

Dean, 41, split from his girlfriend of three years, Rebekah Rose-Ward, earlier this year.

The newspaper’s website quoted a source as saying: “Dean waited a while after his split with Rebekah before putting himself back out on the dating scene.

“It may be a bit of a shock for a lot of women to see someone like him on a regular dating app but it shows he is up for finding a normal girl, rather than someone in showbiz.

“He’s a down-to-earth guy who doesn’t take life too seriously and just wants someone to spend time with. Dean knows he’s casting the net wide but he thinks that way there is more of a chance of meeting Mrs Right.”

Dean began dating Rebekah, 25, after splitting from his childhood sweetheart Sarah Burge – the mother of his two children.

According to The Sun, a source claims Rebekah was “bored of his antics” and “felt like a trophy on his arm” rather than his girlfriend.

However, Dean has now taken to Twitter, apparently poo-pooing the story.

He wrote: “What an absolute crock of [bleep] I have read about myself today… totally wrong… nothing ceases to amaze me anymore.

What an absolute crock of Sh*t I have read about myself today.. totally wrong…
nothing ceases to amaze me anymore.

Dean has had a rough couple of months.

Not only did he split with Rebekah in March, but back in the early part of the summer, he was involved in his second car crash in four months.

Dean was said to said to have been driving a white Skoda when the vehicle was involved in a smash with a black Vauxhall Corsa near the show’s studios in Elstree, Hertfordshire.

A spokesman for the soap star told The Sun newspaper he was involved in a “minor accident”.