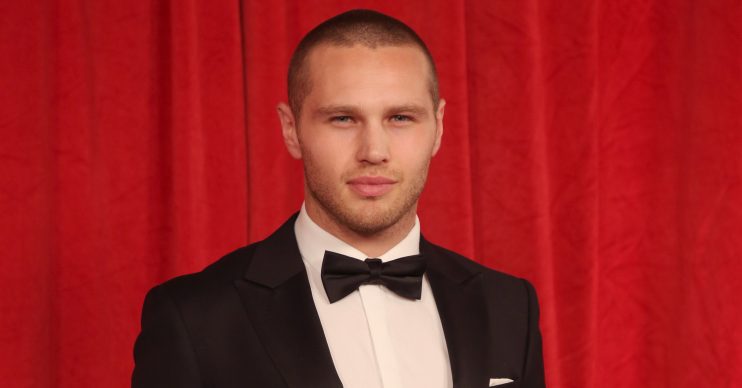 Danny Walters, who plays Keanu Taylor in EastEnders, has shared a photo from his first role since leaving the soap.

The actor is playing Beast in Beauty and the Beast at the Aylesbury Waterside Theatre.

He posted a picture mid-scene to his Instagram page.

“So you thought you’d break into my castle and steal my food, eh!?” . . Beauty And The Beast 2019 – Aylesbury Waterside Theatre @aylesburywaterside.theatre . . What do you think the beast would say? Caption below ⬇️⬇️⬇️

He captioned the post: “‘So you thought you’d break into my castle and steal my food, eh?!’

“What do you think the beast would say? Caption below.”

EastEnders actress Maisie Smith, who plays Tiffany Butcher, wrote: “Take it you’re the one on the left.”

Danny’s role in the pantomime is his first since filming his exit from EastEnders.

Last month it was announced Danny had quit his role as Keanu in the BBC soap.

His character is currently in the middle of a huge storyline.

With Sharon being Louise’s stepmother, it’s set to be a dramatic Christmas as the truth comes out.

It looks like Keanu could survive Phil Mitchell’s revenge as Danny was recently spotted filming emotional scenes at an airport, however, the show’s recent trailer has hinted he could be killed off.

What do you think will happen to Keanu when the truth comes out?

Will you be going to see Danny in the Panto? Leave us a comment on our Facebook page @EntertainmentDailyFix and let us know what you think!