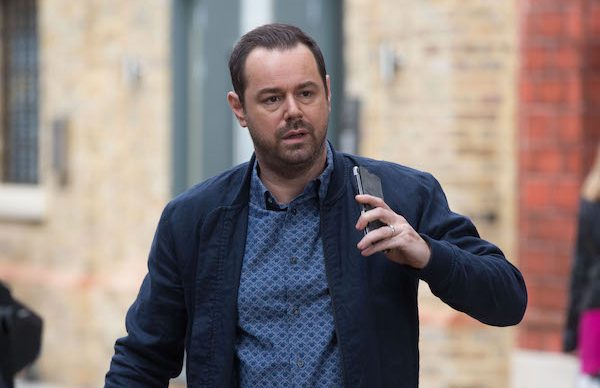 Danny has played Mick since 2013

The 41-year-old star has confirmed his character will deal with some inner demons as part of an upcoming storyline, which looks set to be a plot involving Mick and Linda Carter’s son Ollie, who has been showing signs of autism.

Danny said: “It’s been quite slow integrating me back into the show since I come back.

“I’ve got some really powerful stuff coming up with Kellie and stuff I can’t talk about at the moment but it’s good.

“Mick is going to go through some really [big] mental health issues, that’s all I can say.”

Danny has also been full of praise for EastEnders boss Kate Oates – who was previously in charge of Emmerdale and Coronation Street – admitting the senior executive producer is well loved by the cast.

He added to The Sun Online: “It feels like Kate Oates has brought the show back, she is the queen and we are all hopelessly in love with her.”

In January, Danny admitted Kate had come in and done a “great” job on the BBC One soap, which he said was coming out of “a tough couple of years”.

Speaking at the National Television Awards – where he won the Serial Drama Performance prize – he told BANG Showbiz and other media: “It’s a creative place, it’s a difficult place to work, we’ve had a tough couple of years.

“We’re coming out of the end of it now.

“Kate Oates has come in and she’s great. She knows her game.