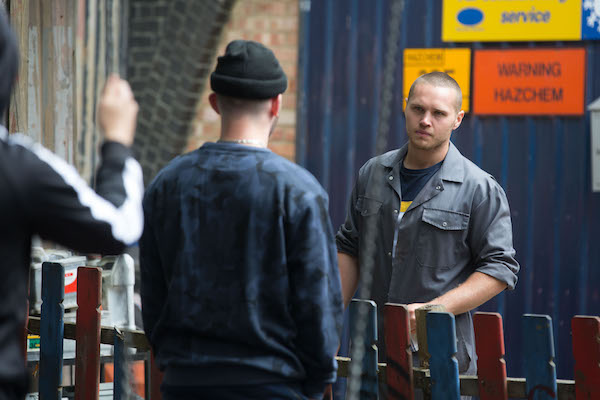 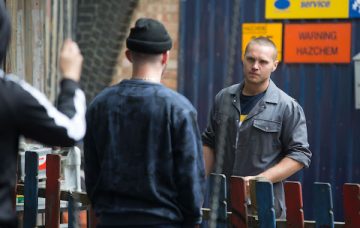 Keanu's about to land himself in a whole world of trouble

This week sees yet more gang drama heading for Walford, and this time it is Keanu Taylor who finds himself at the centre of the trouble.

After his brother Keegan Baker was stabbed by a gang, which left his friend Shakil Kazemi dead as a result of knife crime, you would have thought Keanu might have more sense than to get involved in more gang drama.

But unfortunately for Keanu, it is Dennis Watts who brings the trouble to his door after agreeing to hide dodgy mobile phones for a gang at The Arches, which just happens to be where Keanu works.

Keanu is shocked when he comes across a rucksack full of mobile phones in Monday night’s visit to Walford, but as this week continues, things start to get out of hand very quickly.

Thinking the phones belong to Phil Mitchell, he tries to talk to his boss, but with Phil in the dark about what Dennis is up to, he doesn’t have a clue about what Keanu is going on about.

When Dennis and the gang come to the garage to get the rucksack, it is clear that Dennis doesn’t realise quite what he has got himself in to, especially when Keanu makes another shocking discovery in Tuesday night’s episode.

Dennis promises that he will sort the problem out, but the gang clearly don’t take too kindly to his confrontation because by the end of the week they have broken into The Arches and covered the place in graffiti.

Realising that the gang mean business, and wanting to protect Dennis from their trouble, Keanu decides to take them on himself… but after what happened to his brother, is he playing with fire?

By Friday’s episode Keanu has set up a meeting with the gang leader, Jagger.

But with Keegan’s words of warning ringing in his ears, will Keanu regret getting caught up in the crossfire?

Do you think Keanu should step in to help Dennis? Leave us a comment on our Facebook page @EntertainmentDailyFix and let us know what you think!