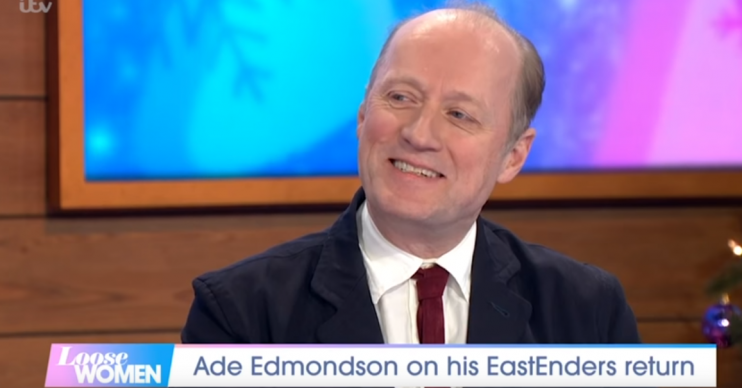 Ade Edmondson, who plays Daniel in EastEnders, has revealed the real reason his alter ego faked his own death in the soap.

Daniel first appeared in the soap earlier this year as a cancer patient and quickly befriended Jean Slater, who is also suffering from cancer.

However back in October, the character faked his death as he was falling for Jean.

He feared she was also falling in love with him, but wanted to save her from future heartbreak so he pretended he had died, even arranging a memorial.

Ade has now revealed the real reason for that part of the storyline was because he took a short break from the soap.

When asked how long he’s in the soap for and if he was dipping in and out Ade said: “He’s got cancer and he’s not having any treatment.”

Stacey Solomon asked him if it was weird going back and he replied: “No it was always the plan, it’s just I had a job in the middle that they had to kind of work around.”

In last night’s episode of EastEnders (January 1 2020), viewers saw a flashback to Christmas Day 2019 where it showed Daniel going to see Jean, revealing to her that he was still alive.

Although she was upset and at first didn’t want to know, she later went after him and admitted she had already fallen for him and they shared a kiss.

Currently Ade is also starring in the series Bancroft, which returned for a second run last night (January 1 2020).

Ade plays Superintendent Clifford Walker and the series will continue over the next two days.

Have you been watching Ade in Bancroft or EastEnders?